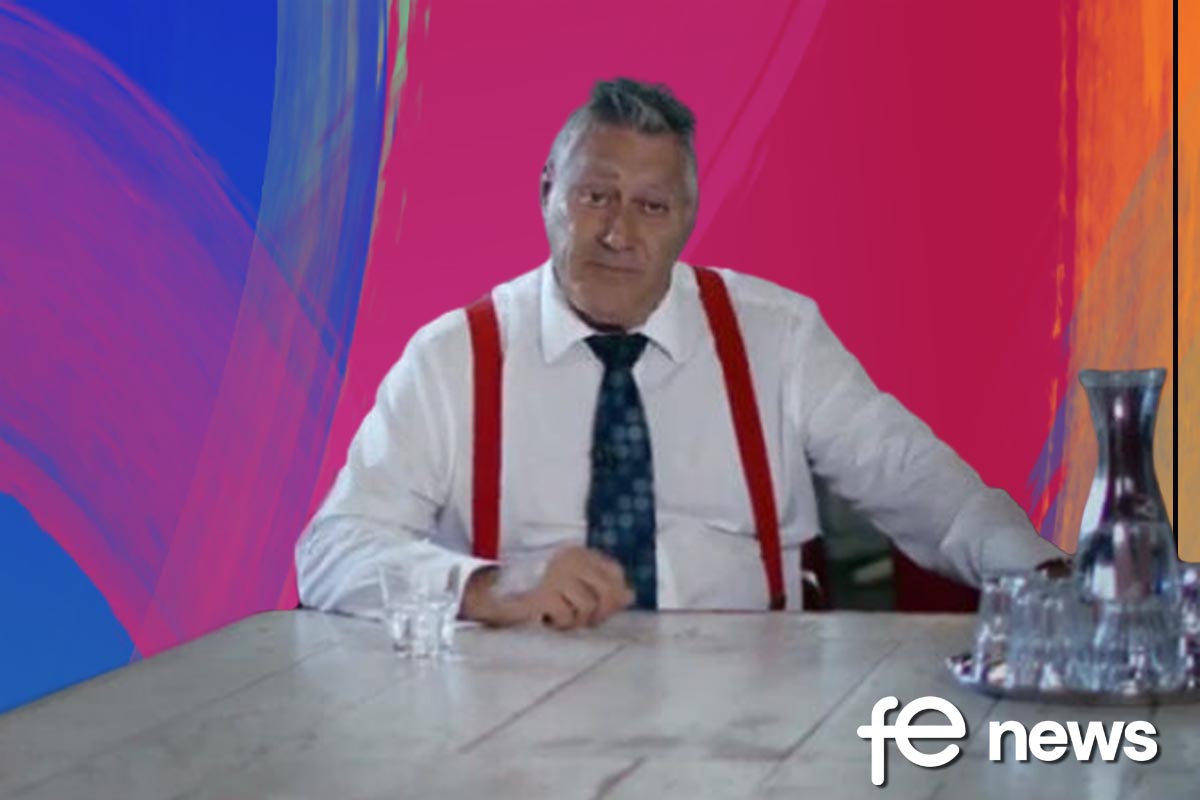 So what is the main idea behind the story of a winter tale?

It’s about loyalty, fidelity and honesty, crucial to the main plot of the play.

Camillo’s exile and return to Sicily, for example, is based on his alleged disloyalty and actual loyalty to his king Leontes.

Just like in our industry, we are motivated by Loyalty, fidelity and honesty; but I ask, is this how it works with the people we contract with in the education world?

Yes, we know it has been difficult for everyone over the past 22 months because of Covid. However, these changes we are experiencing are not out of loyalty to ITP; it’s just “We’re going to do this and that”.

DfE and ESFA are constantly changing all aspects of our training landscape.

When we need more support it seems like only the last minute stuff is done when it comes to ITPs, mainly when it’s pointed out that they haven’t included this part of the education landscape.

We know the cost of living is increasing. The DfE gives a lot of extra funds like pensions and salary increases, but no form of extra money to providers. I ask is that fair?

The cost of training from the independent training provider has not decreased, compliance measures are more stringent as well as an increase in other external costs such as rent and security measures.

We know we need to protect government funds and they want to eliminate the risk. Yet the DfE lost £ 12.6million helping two national colleges find a new building and a merger partner, respectively, last year; the new DfE accounts show that these funds have now been written off.

Just one of the many things we can all take note of and say they should have done better. However, all issues and situations are dealt with one by one and there is no real power on the part of the industry.

Training and development organizations like AELP and awarding bodies can send a letter and get public relations, but providers don’t really have a say.

People like the chairman of the education select committee, Robert Halfon, are doing a great job, with campaigns that highlight things like college underfunding; Unfortunately, there is little talk of funding for private providers and advocacy for much needed investments.

What they need to do is find small niche suppliers and talk to them? Many of these SMEs and CICs prey on very hard to reach people. No, they talk to big vendors, certification bodies, ESFA, and colleges.

I have a lot of respect for the Minister of Education, MP Rt Hon Nadhim Zahawi, following his work at the Ministry of Affairs, Energy and Industrial Strategy.

However, I am asking three questions, and for the thoughts of you the reader, and also of MP Nadhim Zahawi:

University staff can strike or threaten to strike and then get a higher salary. This will not happen with ITP staff.

So, is this fair on the ITP? same money month after month year after year: when will they have an increase?

2. Why does DfE take so long to communicate changes?

Then comes the deluge of emails from ESFA and DfE. One of the 15 received the other day had 32 pages around Information: Financial assurance: monitoring funding after 16 years for 2021 to 2022. Now the first question is why, after four and a half months, they decide tell policyholders that we are changing the rules. and add bits?

Would that happen in the commercial world? So why take so long to educate people? Is it because they are understaffed? Could it be that they don’t actually understand what they are putting in the supply?

3. Does ESFA need better training to do its job?

Next on my list is yes, we have training providers that need to do better and get better. However, it appears that ESFA account managers do not support or even understand half of the requirements from the feedback I received. Now, maybe there isn’t enough.

So my question is: do they need training on their job? Please let me know if I am right or wrong.

At this point you are reading and thinking that this person is just moaning. Not so. I love the industry and have worked in it for forty-eight years. I just want it to be good for the learners and the employers and the staff who work with them.

You seem to think I’m right on the ITP side, well yeah, but the big colleges and the big ITPs are affected by that as well; for example, they must now have subcontractors audited externally, again more costs for the Premiums.

We also see crazy situations in the area of ​​health and social assistance. It was so important, but is considered low value, but digital is more expensive. The delivery costs and the problems with carrying out items such as 20% discount on vocational training in apprentices are the same.

Also, many say it is very difficult to get employer buy-in once the training starts, but if you spend less than two hours and the ESFA will jump on you.

Next, we take a look at the new driver for Flexi apprentices. Great idea and much needed, but will you get extra funds to do, say, three batches of paperwork and employer’s engagement? The answer is no.

ESFA also stated, “We expect successful vendors to engage with ESFA during and at the end of the pilot to provide feedback for the evaluation. This can take the form of working groups, surveys or questionnaires or short reports ”.

However, more time and work but more money.

Why does ESFA despise ITP, when they provide two-thirds of the apprenticeships?

ESFA says that it does not like the use of consultants but employs them within the DFE. How can it be “Don’t do what I do but what I say”?

They despise ITP and want less ITP, but look at the numbers. How many apprenticeships and short courses do ITPs provide?

Other publicly funded providers such as local authorities and higher education institutions accounted for 16.3 percent, while schools, sixth-grade colleges and specialized colleges accounted for 0.8 percent.

Over the years I have undertaken many different qualifications in college and have had to pay and attend nights for many of them. However, while colleges do a great job with some forms of learning, they are not suitable for all learners or for many employers.

Then I look at the costs. The Education Department handed former permanent secretary Jonathan Slater a payment of £ 277,780 to leave last summer – just eight months before his term ends.

So my question is: were government funds involved? My answer is yes. He was involved in the exam situation, the rules we had to work with in the industry, but we don’t really have a say at the table, not to say what the answer is but to stress the logistics first. line. Also, what the learners, the media and parents will say.

I could go on with twenty other things that don’t come to mind, but what I would say is that we find ourselves in a situation where we, as an industry, have to manage the cards that are given to us. .

However, it would be a great idea if they let us see that the deck of cards is fresh and not tainted with personal ideas.

An example is the T levels; it looks like they have a thought process where they will put a lot of money into it, we have no idea if it will work but we will make it work anyway.

The alternatives are removed or changed, so we have little choice but to do so.

So, in closing this winter tale, I have four final questions:

I wish you and all your staff a happy new year 2022, doing what we do best to improve people’s lives, work opportunities and social mobility.

I know what I’m doing, I’ll write whatever I can, my efforts will make very little sense, but if four thousand letters get to DFE and Downing Street maybe, maybe they’ll think a bit to the way they continue to work with this great industry, and that’s what it is.

Steve works with national suppliers from Leeds to Kent. It sends out a free newsletter every week on information and offers, grants and funds available to over 3,000 people in businesses, vendors and individuals. Steve is a judge at the London Signature Awards, a member of the Confederation of Educational Consultants Committee and an Ambassador for the BAME Apprenticeship Awards.

Recommend0 recommendationsPosted in Exclusive to FE News, Work and Leadership, Skills and Learning