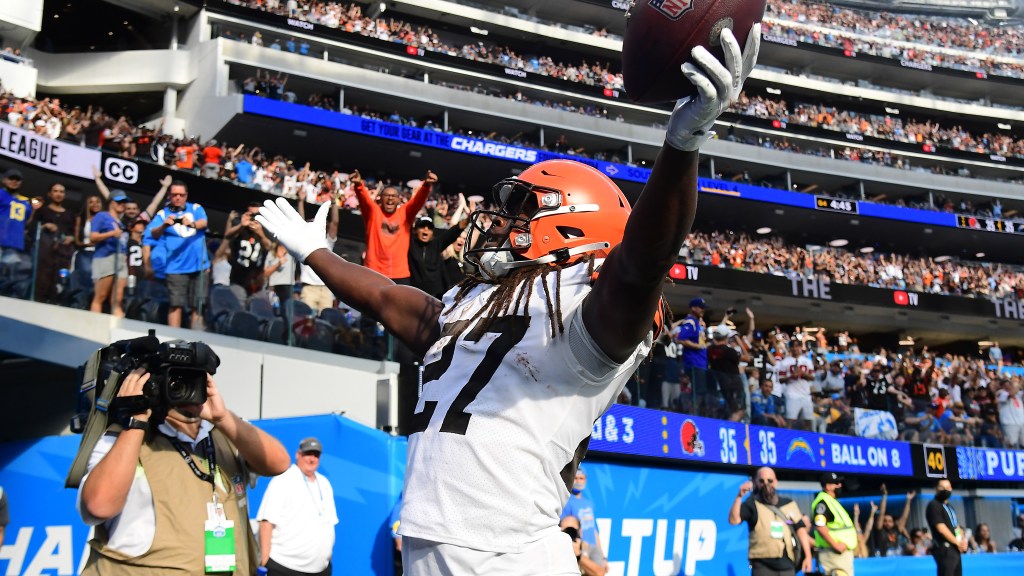 With a mandatory minicamp starting Tuesday, many of the Cleveland Browns’ top stars have community events scheduled around this time. Myles Garrett had his youth football camp where he also took kids to see the new movie Jurassic Park. Denzel Ward has his youth camp scheduled later in the month after minicamp.

With the negativity surrounding the team’s acquisition of Deshaun Watson, the Browns players have done a great job of involving the community in these events.

There have been rumors that Hunt may be on the trading block this year. With a year remaining on his contract, the team having five capable running backs and few needs in other positions, Hunt could fetch the most in a trade.

However, the Elyria native and Toledo product has made it clear he enjoys playing for Cleveland. Its constant commitment to the community since its acquisition is further proof of this. Trading Hunt would likely cause concern in the locker room and in the community, especially after the running back appeared to turn the tide after his own off-field issues.