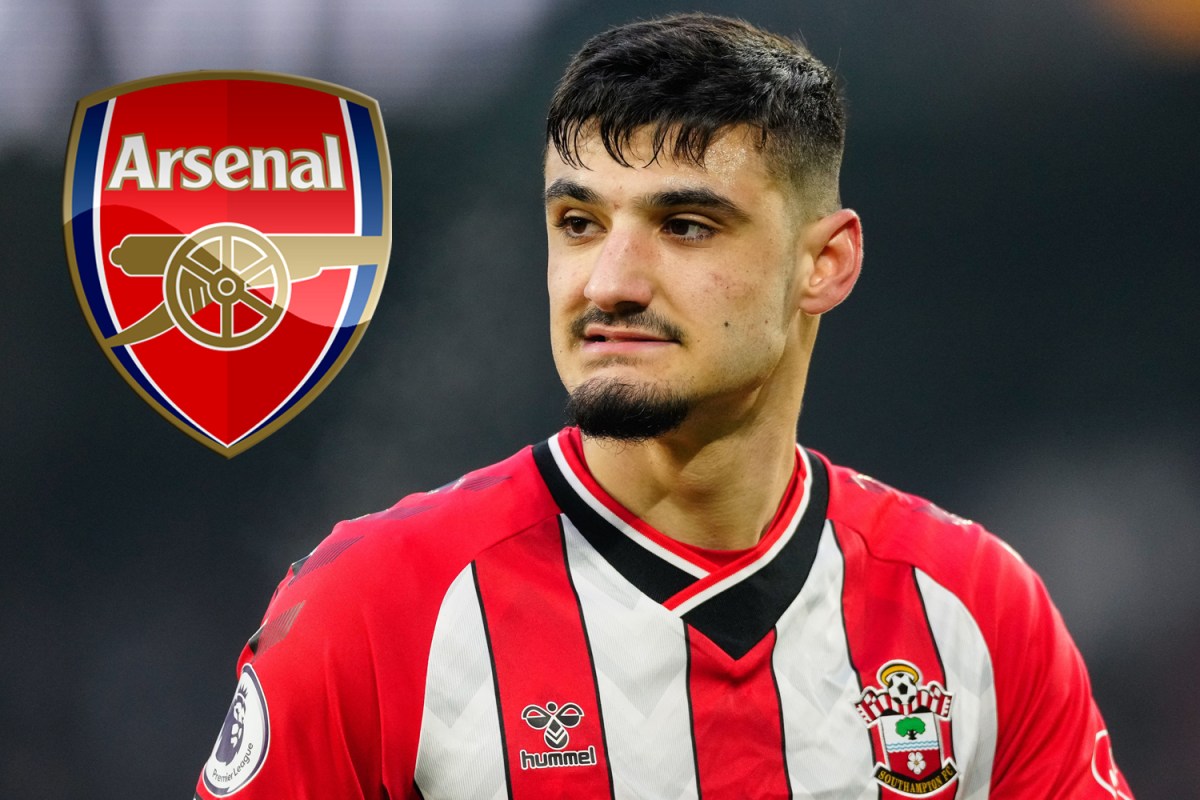 ARSENAL have been given a boost after striker Armando Broja refused to rule out leaving Chelsea this summer.

The 20-year-old Albanian has been in fine form on loan at Southampton this season, scoring eight goals in 24 games in all competitions.

The Express reports this has caught the attention of Arsenal, who will be desperate for reinforcements up top.

And Broja “refused to rule out the possibility of a departure from Stamford Bridge before the summer transfer window”.

He is said to be ‘open to all options’ – pushing the ball at Chelsea to secure him playing time.

But with the likes of Romelu Lukaku and Timo Werner ahead of him in the pecking order at Stamford Bridge, his chances may be limited.

Broja spent most of last season on loan at Vitesse, scoring 10 goals in 30 appearances in all competitions.

Arsenal are sure to have plenty of competition for the striker, with ‘several teams in the pipeline for his signature’.

It had been claimed that Saints were planning a club record offer of £25m at the end of the season.

But Arsenal are close to showing their hand after missing January target Dusan Vlahovic.