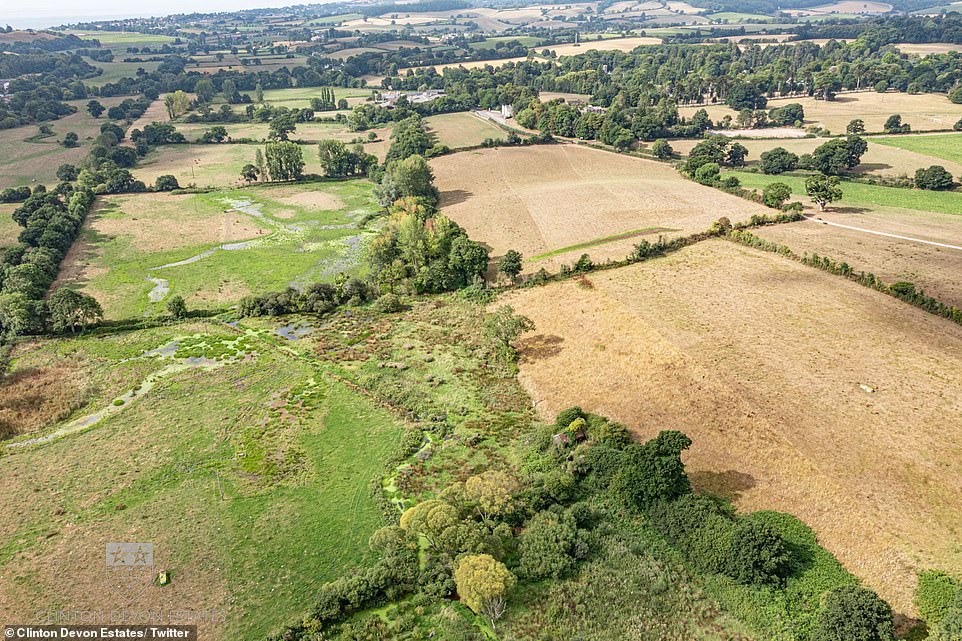 Beavers have helped turn part of the scorched countryside of South West England into a nurtured wetland by building a network of dams.

Drone footage captured by Clinton Devon Estates shows how beaver building activities have kept a wetland in East Devon green and hydrated, compared to the dry fields around it.

This despite the UK experiencing one of the hottest summers on record, with large parts of England declared in drought conditions and the South West region one of the worst affected.

East Devon Pebblebed Heaths ranger Ed Lagdon said: ‘It’s quite amazing to see this area, when the conditions have been so difficult for the past few weeks.

“The beavers will alter the environment around them and manipulate the conditions to their liking, and there the beavers used sticks and mud to create several dams that now hold large volumes of water.

Drone footage captured by Clinton Devon Estates shows how beaver construction has kept a wetland in East Devon green and hydrated. This is compared to the dry fields immediately surrounding it 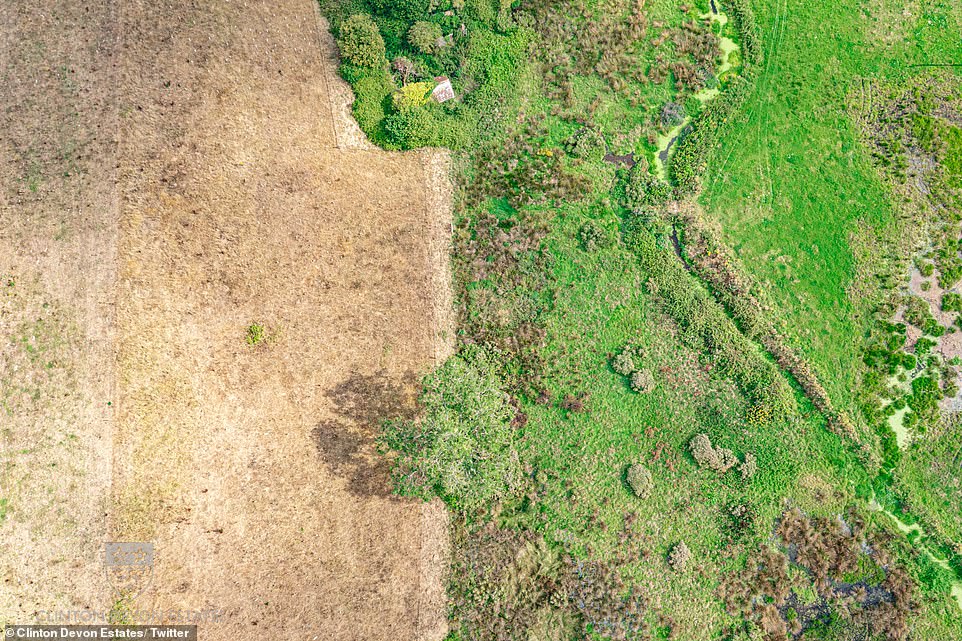 The images show a stark contrast between the two areas, with the network of dams keeping the area on the right hydrated, while the area on the left shows the scorched fields caused by the heat wave.

“The water can reach two feet in some areas and is fantastic for wildlife like birds and invertebrates.”

However, beavers aren’t a perfect solution to the recent drought, as dam-building rodents can completely overwhelm some areas of farmland.

Clinton Devon Estates agriculture manager Sam Briant-Evans said: “We have lost about two hectares of field as a grazing platform for our dairy herd – one hectare of it is now completely under water.”

“The concern we have is that if we move them, they might move upstream, which is closer to the main farm. It’s a bit of a conundrum for us as a field, because we can see both sides of the equation.

“There is no clear solution. However, what this highlights is that with good management and working with them, they can help adapt to climate change.

From October it will become illegal to disturb, harm or kill beavers thanks to new government legislation giving the species legal protection in England. 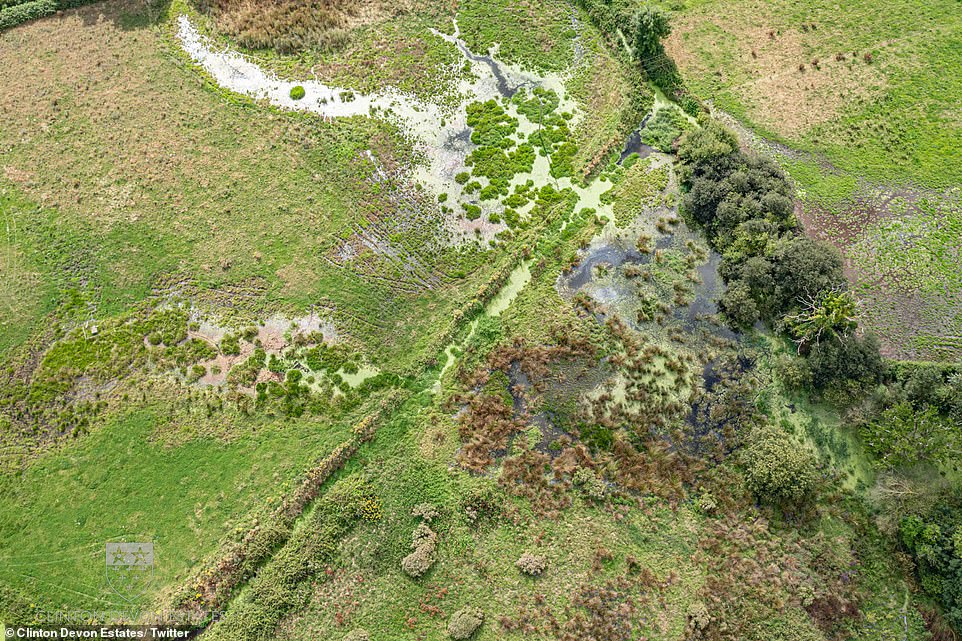 Beavers and their network of dams have some drawbacks, as some areas are completely submerged in water. This means farmers may not be able to use some of their land for livestock grazing 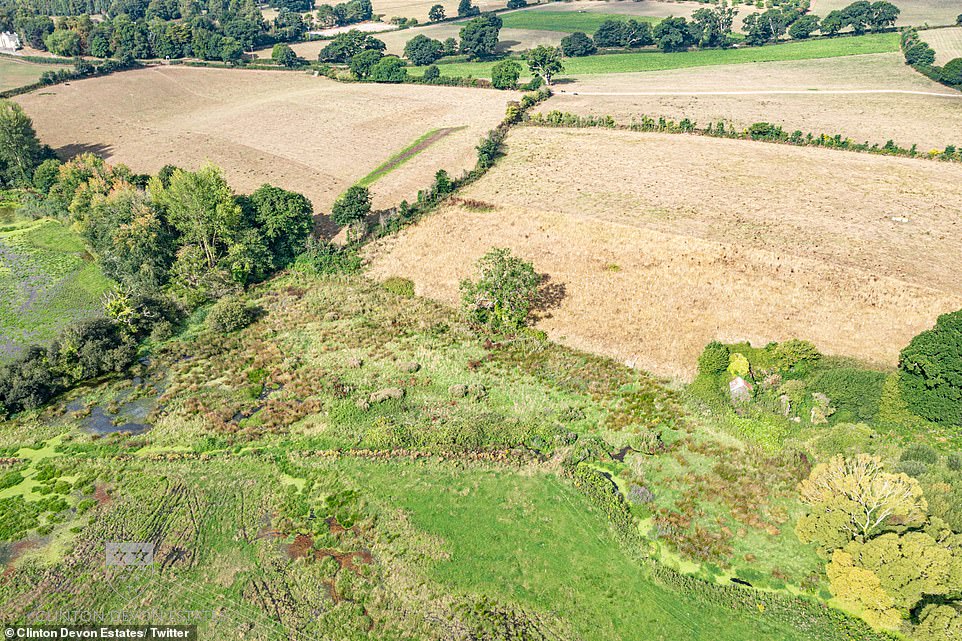 The area was part of a study by the University of Exeter to explore the impacts of beavers on the Devonshire countryside over five years, which ended in 2020

This followed a consultation organized by the Department for Environment, Food and Rural Affairs on the future of beavers, and plans have been made to reintroduce them to the wild to combat climate change.

The area was part of a University of Exeter study to explore the impacts of beavers on the Devonshire countryside.

John Varley, director of Clinton Devon Estates, said: “In the right place, beavers can bring major benefits to wildlife and then to the environment and society, including increased biodiversity.

“During the project, we learned a lot about these benefits, such as cleaner water, natural flood management and habitat creation.

“We believe it is properly funded by government, the cost of beaver management is far outweighed by the social and economic benefits to nature and the public.”

Brown Britain: Leaves fall from trees in August in ‘false autumn’ as stressed trees go into survival mode in an attempt to survive the drought

As the brown and orange leaves crunch underfoot, you’d be forgiven for thinking that fall has come early.

But experts said the onset of autumn in August is instead a sign that the heat wave and drought have pushed the trees into survival mode and caused a “false autumn”.

Extreme temperatures and lack of water have caused the “stressed” leaves to drop early, despite the fact that summer is not officially expected to end until September 23.

Leigh Hunt, senior horticultural adviser at the Royal Horticultural Society, said early leaf drop and auburn leaves are both signs that trees are stressed and that they are “closing up shop”. 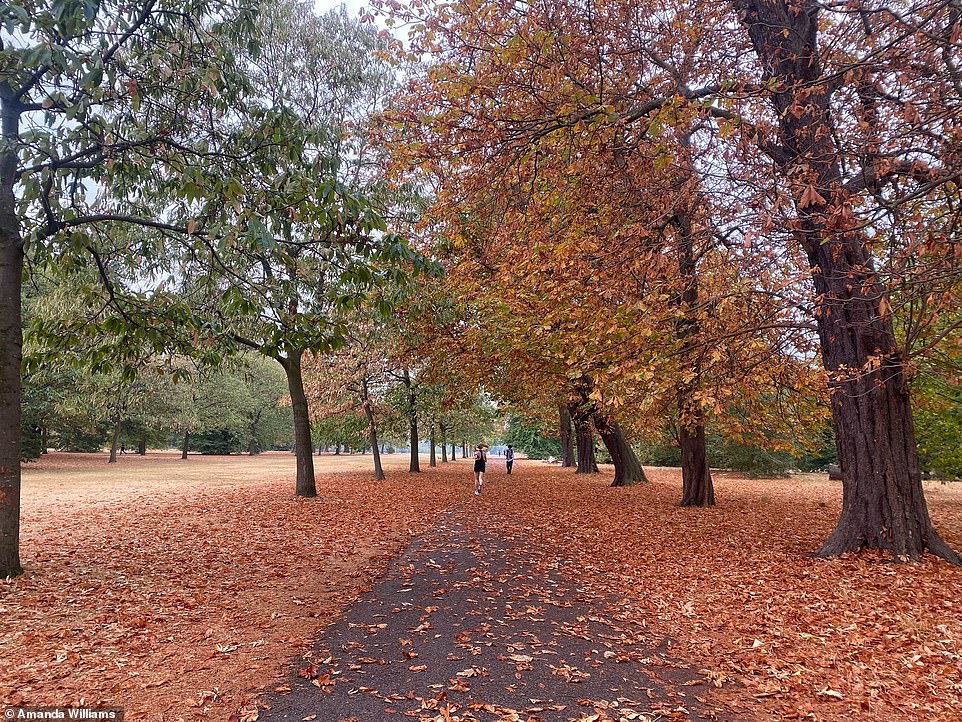 Extreme temperatures and lack of water have caused ‘stressed’ leaves to drop early, despite summer not officially ending until September 23, causing a ‘false autumn’ 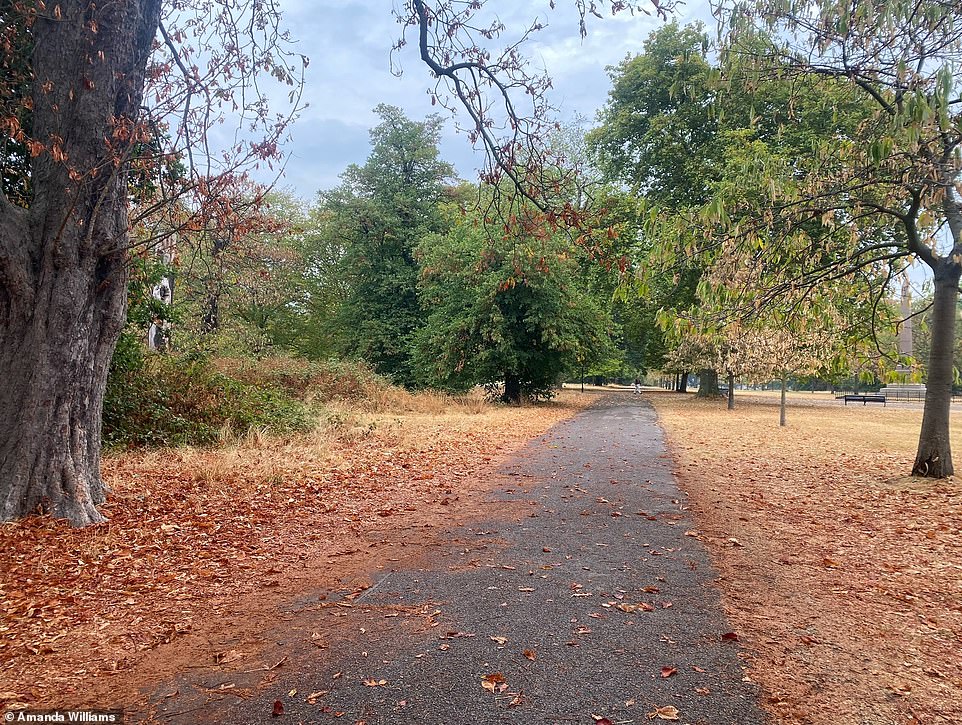 Leigh Hunt, senior horticultural adviser at the Royal Horticultural Society, said early leaf drop and auburn leaves are both signs that trees are stressed and that they are “closing up shop”.

He said it feels like we are already in autumn, but the days are too long for these natural autumn processes to begin and in 45 years this is one of the worst years. he has experienced with respect to tree damage.

Mr Hunt went on to say that some trees could die because more established trees have a network of roots and can withstand drought, unlike younger ones, the BBC reported.

He explained that trees with only a little leaf yellowing should survive and recover with rainfall, but there is a “tipping point” for some where the tree cannot replenish lost water and dries out.

During extreme weather conditions such as those seen recently, some trees produce extra seeds in an attempt to reproduce and survive.

If there is a significant amount of rain, Mr Hunt said there is a chance we could see a “second spring” as the trees have an extra growth spurt. 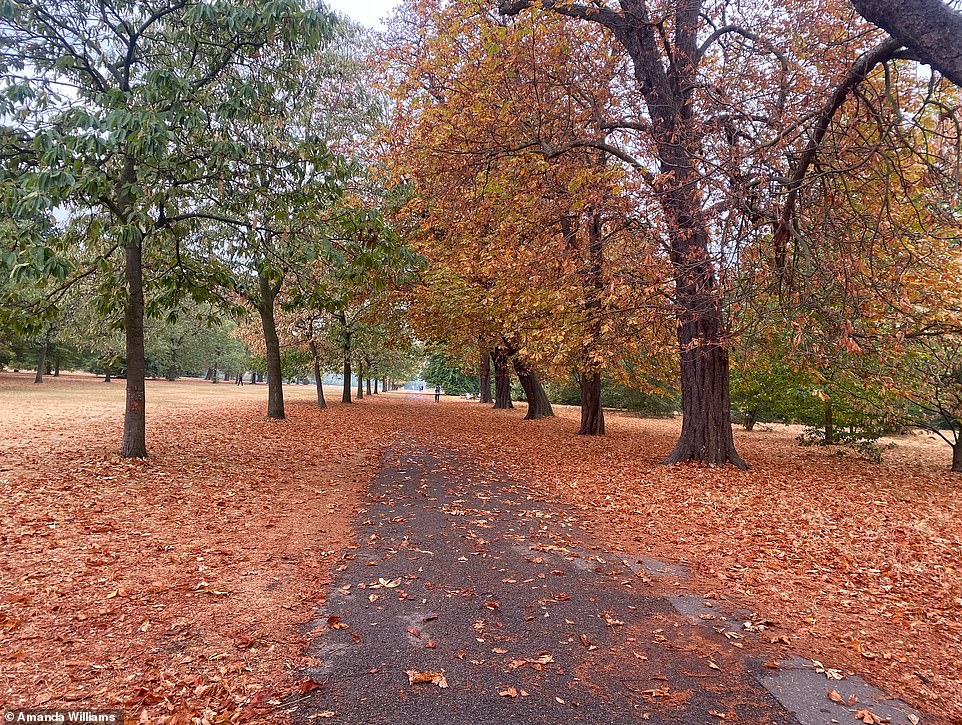 Mr Hunt said some trees could die because more established trees have a network of roots and can withstand drought, while younger ones cannot.

Another sign of unpredictable weather can be the appearance of berries on plants and shrubs.

A conservation charity that records seasonal changes received its first sighting of blackberries on June 28.

Fritha West, from the Woodland Trust, said: “The record heat we have just experienced has helped to organize a number of events in the early fall,

“We have received some of our first registrations of ripe blackberries from the south of England. Hawthorn and mountain ash also ripen early in some parts of the country, where early leaf staining has also been observed.

Loan shark among three detained for kidnapping businessman in Chennai