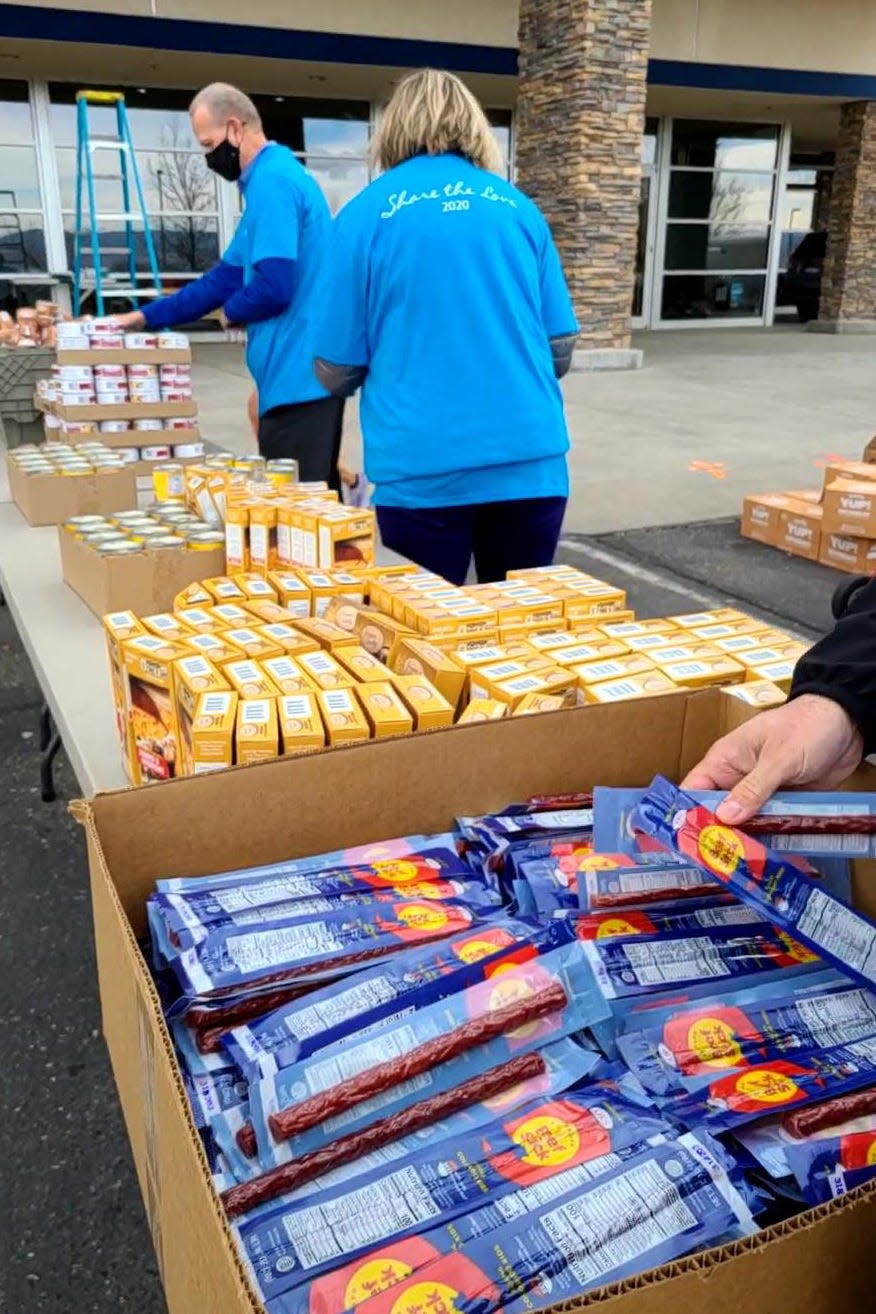 “We are creating students who will be leaders in the field and know how to use these new tools, but most importantly, they will know how to give back,” said Jordan Levi, the original creator of the Beefsticks for Backpacks program.

Levi and his wife Shannon were looking for a way to support their new community after moving to Colorado when they came across the importance of making more stable beef available to children in need.

From this awareness was born the idea of ​​the Beefsticks for Backpacks program.

“It promotes an agricultural product and a distinctly Colorado product,” Levi said.

Shortly after starting to raise funds and gather the necessary expertise, Levi reached out to Robert Delmore, professor of meat science and director of the JBS Global Food Innovation Center, to involve the university in the campaign.

According to her estimate, at least 360,000 Colorado children are food insecure. And the need grows. According to Hunger Free Colorado, 1 in 3 children are now at risk of going hungry due to the pandemic.

“Federal programs do a great job on free and reduced meals during the week, but on weekends there is a challenge,” Delmore noted during the webinar.

The project, which began serving one county, has since grown to distribute 15,000 sticks per week in eight counties across the state, and Levi wants to see it expand even further.

“Without CSU and the Meat Center and Ram Country Meats, this couldn’t be done,” Levi said.

Next, Levi plans to sell the sticks on a retail platform for $ 2 each and develop them into a fundraising tool for organizations as well. The organization would keep 50 cents of each stick sold while donating an additional stick to a child in need.

In addition to philanthropy, the program is a learning opportunity for students. Currently, 23 students work at the Food Innovations Center.

Beef sticks are made from scratch with raw materials entering the facility every two weeks from JBS in Greeley as part of routine production. The frozen product is put on a truck and delivered in quantities of about 13,000 pounds at a time. Students are involved in the entire process of steeping, crushing, mixing, stuffing, smoking, baking, cooling and packing the sticks, Delmore said.

“All of this work is done by a group of students, and it’s a big project,” he explained.

Much of the equipment they use has been donated by manufacturers who have also found it helpful to support the program.

According to Delmore, “virtually every item we use is gifted.”

“When we look at this generation of students, they need a purpose beyond just making money,” he said.

A long list of individuals, businesses, and funding partners were involved in making what Delmore said is likely unique among universities offering land.

“I don’t think it’s been done that way before,” he said. “We take a business approach, using academic resources, and all for the benefit of philanthropy.

More information about the program and how to donate to the cause is online at Beefsticks.org.