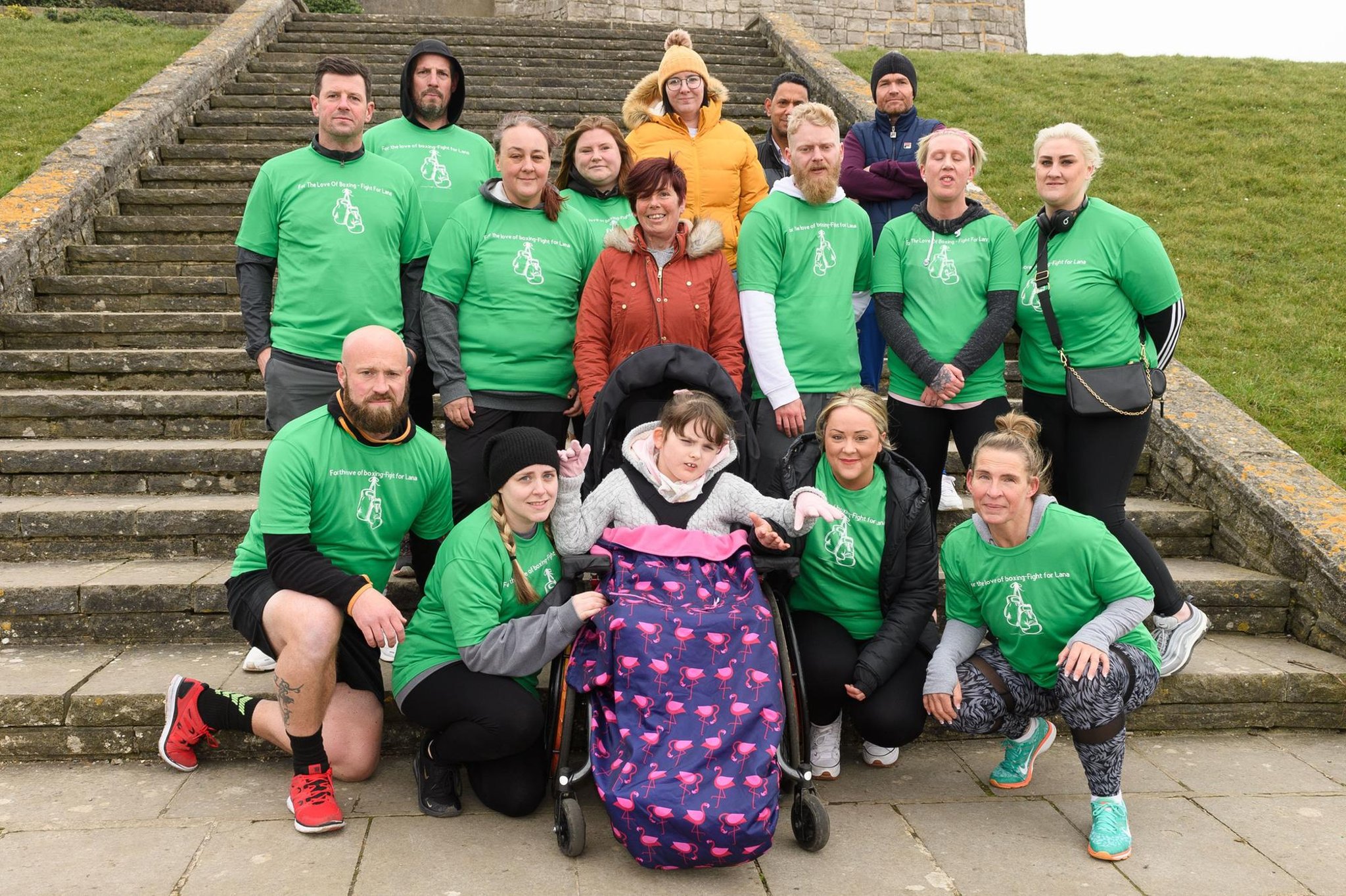 More than 20 fighters have signed up to take part in the For the Love of Boxing Fight for Lana taking place in April in a bid to raise as much money as possible for nine-year-old Lana Brown.

Lana was born with cerebral palsy and she needs an operation called Selective Dorsal Rhizotomy (SDR), which cuts selected nerve roots in the spinal cord to reduce stiffness and could mean she is able to stand and to take steps.

Pictured: Lana with those raising funds for her. Photo: Keith Woodland (060321-9)

Katy, 37, will participate as a boxer. She said: ‘I have known Nickki for about 20 years and my daughter Grace has had the operation that Lana needs.

“I wasn’t going to do another fight because I made one and it was a little too much but because it was for Lana, I stepped in to do it.”

Nickki thanked everyone involved. She said: “If we were to hit the target and have surgery, it would completely change Lana’s future. And that would change mine as a caregiver and her mother.

“It’s breathtaking, I’m so, so grateful for every support we’ve had. It’s heartbreaking, they want to help a little girl they don’t even know.

It is expected that 22 boxers will face off on the night with up to 15 bouts on the way.

Competitors have been training three times a week since February in anticipation.

Organizer Lindsay, 38, added: “We’ve done many charity events but this one is different because it’s not for a big charity – it’s a personal cause – and we can all see where does the money go.

The event will take place at the Pryzm nightclub in the city center, provided by manager Dale Clark.

Join the For the Love of Boxing – Events group on Facebook and message Lindsay to buy tickets there. Tickets cost £20 each.

A message from the editor, Mark Waldron

Council approves a loan for the purchase of fixed assets