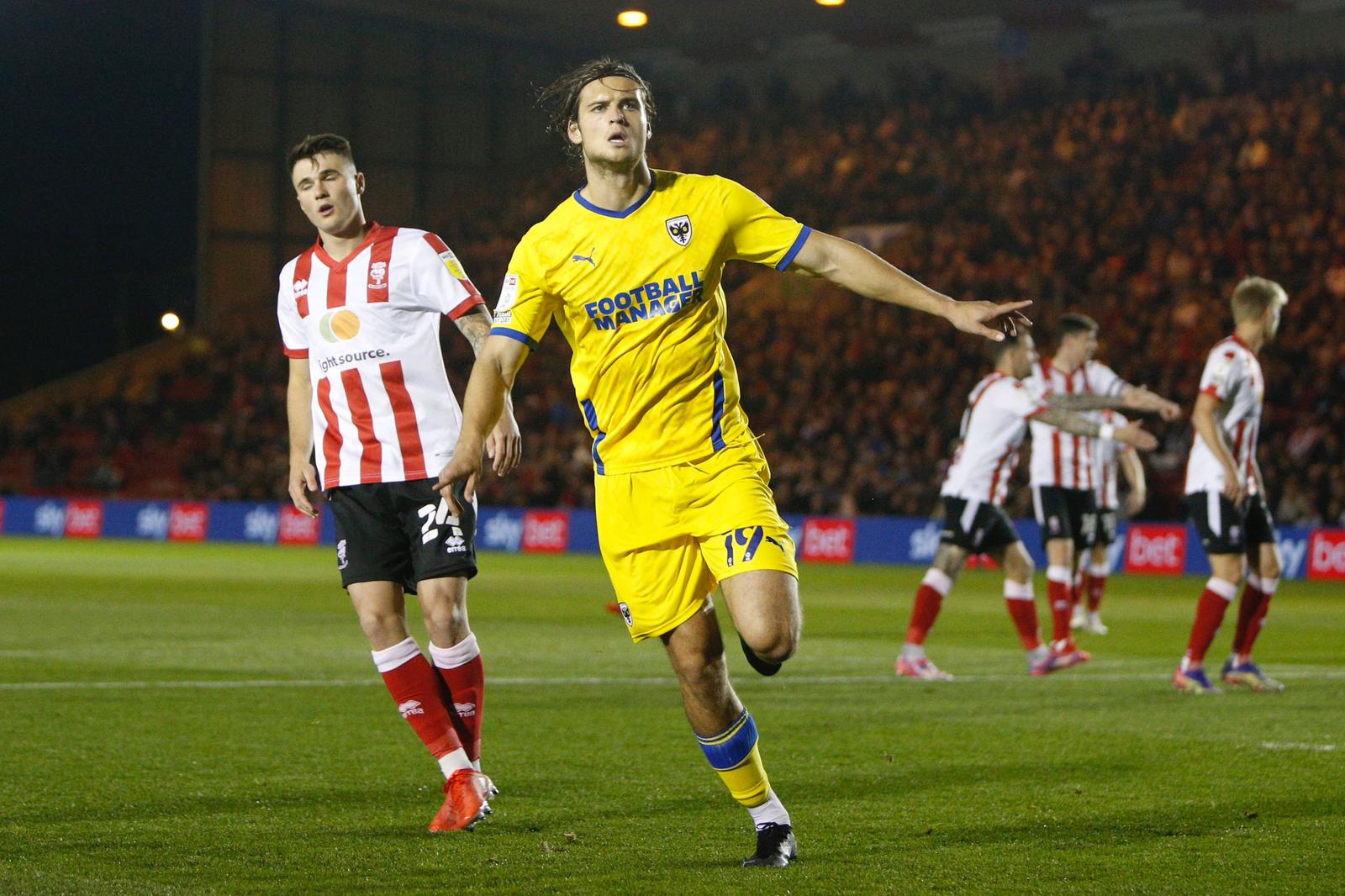 Taking your first steps into league football is no easy task, as Brentford B’s Aaron Pressley has discovered this season.

Pressley joined AFC Wimbledon on a season-long loan for the 2021/22 campaign, the Dons’ first season with fans at their brand new stadium.

Not only was it a new journey for Pressley, taking his first steps into the professional game, but it was also a new era for the club playing their football at Wimbledon.

He joined the prestigious Brentford B side, a youth formation which differs greatly from textbook academy football after their academy closed at the end of the 2015/16 season.

Instead of competing in competitive league environments, the Brentford B side play friendly matches against a range of senior, U23, U21 and academy teams.

Speaking to the SWL about his first loan spell in the English football pyramid, Pressley said: “I actually loved it, the first four months I was injury free, I enjoyed it a lot. .

“It’s obviously different from B team football in terms of expectations, pressures and playing in front of the fans.

“My best moment would have to be Bolton at Plow Lane when I came in and scored.

Playing league football for the first time is always a test for any young player coming out of an academy or youth environment.

The target man explained that playing against teams like Rotherham who play a physical game with a number of experienced professionals helped him realize how to beat players in the air and get past his man.

Asked about his biggest fight, the 20-year-old said: “I think it’s just that expectation.

“You know what you can do deep down inside, and you just have to put it on the table.

“I think that’s probably the same for a lot of young players this season, they know what they can do and get a little frustrated sometimes when they don’t bring that to the table.”

Pressley unfortunately suffered injuries during his time with the South West London club. He explained: “It’s difficult because you go and watch the games and think I could play here.

“You really miss the buzz of playing well or doing something good.

“The timing was also tough, Ollie Palmer left in January and I think from there I would have had a run and once you have a run of games it can really change your career.”

Wimbledon struggled after the January transfer window, a combination of Palmer’s departure, poor recruitment and injuries meant the club were not only relegated but parted ways with manager Mark Robinson.

Pressley added that Robinson played a central role in his signing for Wimbledon, with the manager’s deep passion for the club being one of the main influences in capturing the striker’s signature.

despite interest from a number of other league clubs.

Away days in Ligue 1 mean traveling around the country and with that come positives and negatives.

Despite longer drives to places like Accrington and Sunderland, Pressley said the character and spirit of the team has helped ensure those longer drives don’t seem as difficult.

Playing against a number of teams, varying in quality and tactical setup for the Brentford B side is something Pressley attributes to his development as a footballer.

He said: “It makes you a better player for sure.

“It’s a good stepping stone from the B team to the first team because we play a range of matches against different opponents, from non-league sides to academy sides.”

However, a major difference from B-team football is the fans and what success means to those fans and the team.

Unlike traditional youth team football, Brentford B do not play in a league, so players will not experience relegation or promotion.

With competitive football, expectations are higher, as goals can decide whether a team wins or loses.

This will be a key difference for young players experiencing football in two different environments.

Playing in front of more fans for the first time is something Pressley mentioned.

The striker explained how good it was to play in front of a sold-out Plow Lane and how he found managing fan expectations.

Pressley’s loan spell was cut short after an injury in mid-March ruled him out for the rest of the season and he returned to Brentford to recover.

His tenure with the Dons saw him score three goals.

A return to SW17, either next season or later, is something the young striker would love to achieve.

CONNECT Summit County brings support network to those in need