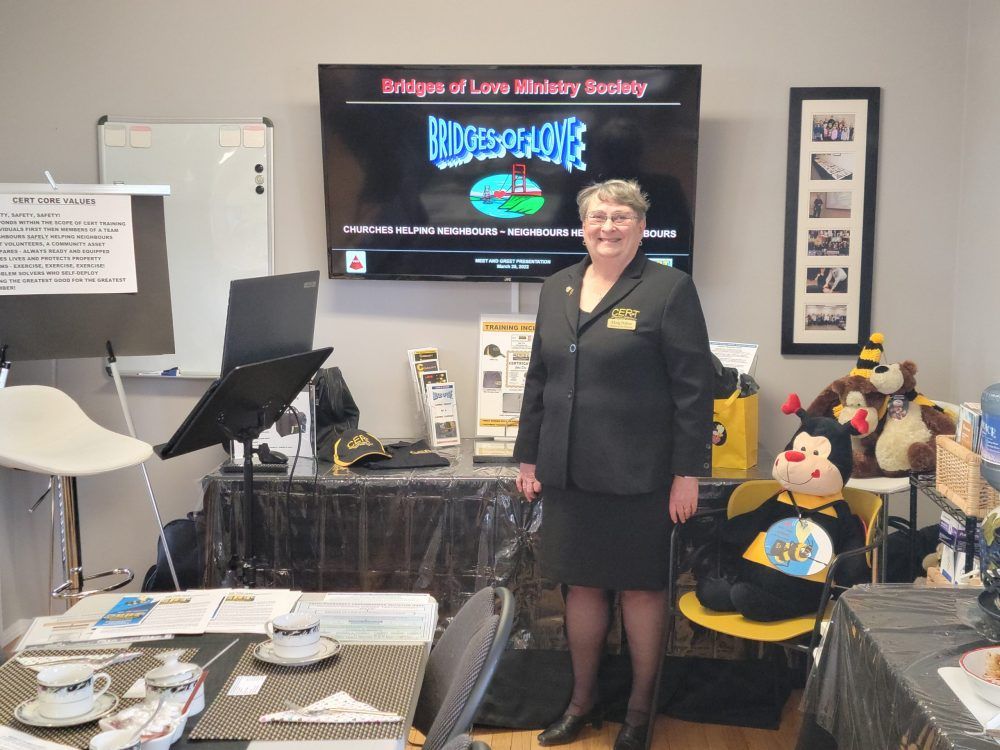 Bridges of Love held an open house on March 25 to introduce guests to their vision for building a more resilient community.

Marg Pollon, founding director of Bridges of Love Ministry Society, aims to train community members to be prepared in case of an emergency.

“Our mandate remains constant over the years – to educate and now train individuals in emergency preparedness and response when overwhelming disasters make it difficult to maintain a sustained level of care,” Pollon said.

Bridges of Love offers Community Emergency Response Team (CERT) training, which educates volunteers on disaster preparedness for hazards that may affect their area and trains them in basic disaster response skills. disaster. Eight modules are included, ranging from basic fire safety and utility checks to the psychology of trauma – neighbors helping neighbors.

“It’s basic training, it’s not professional, but it gives just enough for you to react immediately after a disaster. They are the first responders on the ground in the community. For example, let’s say you’re in a flood when first responders are overwhelmed, then CERT can fill the void until the professionals arrive,” Pollon said.

Bridges of Love arrived in High River nearly two years ago but decided to hold another open house on March 25 as they believe many have been overwhelmed by the pandemic and may not have heard what they have to offer.

“Many months were spent matching donations with flood victims in High River after the flood, so we knew the devastation they suffered. Being no strangers to disasters, we believed the residents of High River would not only understand the need to be prepared, but also support it with their actions,” Pollon said when they decided to move to High River there. is over two years old.

“We want to make people aware that we are here. We haven’t gotten to know as many people as we would like, so we want the community to know that we are here to deliver our CERT training and we also hope churches will engage with our initiatives,” Pollon said. .

Bridges of Love became a not-for-profit organization in 2004 and obtained charitable status with the CRA in 2007.