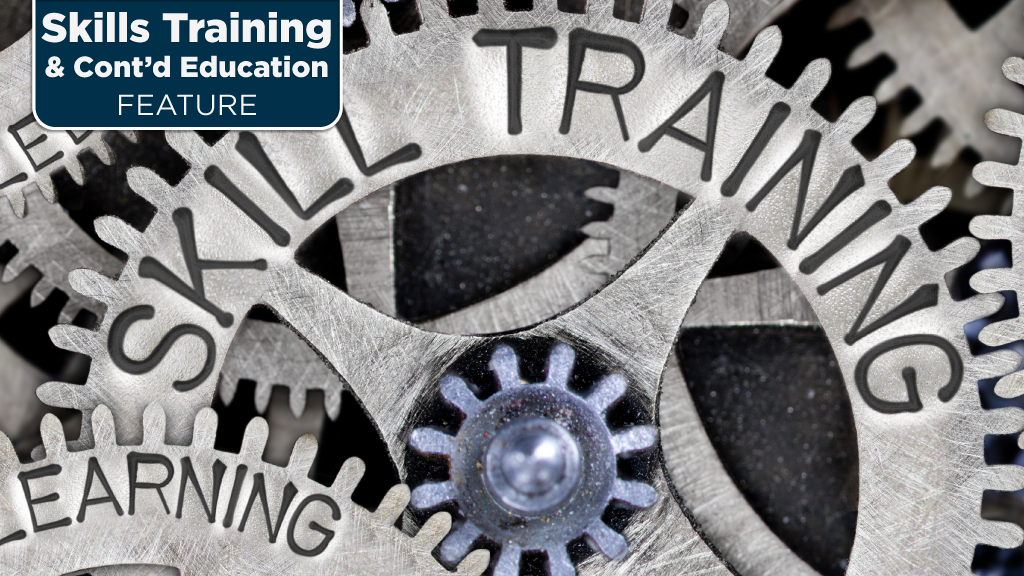 A new partnership led by the Construction Foundation of BC (CFBC) was recently formed to help Indigenous youth gain the skills they need to be successful in the workforce.

The partnership in question, the Two Eyed Seeing Network, organized focus groups of First Nations communities and youth in British Columbia to hear their thoughts on how to design the system.

CFBC Executive Director Abigail Fulton says the full participation of Indigenous youth is critical to the future strength of the province’s workforce.

Over the next two years, the network will host a series of roundtables across the province on workforce development.

A unique feature of the consultations is the use of a â€œtwo-eyedâ€ approach that integrates Western and Indigenous ways of looking at the world.

Fulton says the network is an example of how CFBC, a registered charity founded in 2013, acts as a bridge between industry and the public.

â€œOur passion is applied learning and our vocation is to provide young people with pathways to the trades,â€ she said. â€œThe foundation is unique in that it focuses on the needs of young aspiring tradespeople – labor supply – and industry – labor demand. “

Since the foundation’s inception, its fundraising has benefited many individuals and organizations in British Columbia.

For example, he raised millions of dollars to equip workshop courses with new equipment; offered driver training to youth in and out of care; connected educators with professional development opportunities; and awarded scholarships to young people to continue their vocational studies.

One of CFBC’s oldest programs is Skills Ready, which launched in 2016.

Skills Ready helps prepare young people for careers in construction by identifying and promoting the soft skills they need to be successful in the skilled construction trades.

Skills Ready also enables the industry to help young people enroll in apprenticeship programs and move on to long-term careers.

Since its inception, the program has grown to support young people interested in careers in sectors of the economy other than construction.

A more recent CFBC program is the Trades Exploration Camp, on which the foundation partnered with Burnaby Ironworkers Local 97 in the summer of 2021, to spark young people’s interest in the trades.

The five-day workshop focused on metalworking and woodworking.

Workstations, where young participants learned the basics of tools and associated safety protocols, were set up for welding, flame cutting, wood cutting, finishing and painting.

On the fifth day, each member of the group put the finishing touches to their own table and benches.

â€œIt was an exciting week and the kids were awesome – they jumped in to try out all the tools,â€ said RenÃ© Ragetli, CFBC project operations manager, who led the workshop.

Later in the summer of 2021, CFBC established a training fund with the Masonry Institute of BC (MIBC) to provide tuition and training support for people entering or continuing training in the professions of the masonry.

Eligible applicants will receive up to $ 1,000 to be applied towards training costs incurred at the Trowel Trades Training Association.

MIBC’s mandate is to promote the development of masonry in British Columbia through technical support to designers, educators and building officials.

One of the foundation’s biggest fans is Phil Long, director of Phil Long Construction Services Ltd in West Kelowna, BC and past president of CFBC.

â€œThe foundation is the best ambassador in the industry,â€ said Long. â€œIt does a great job promoting trades as a good career in public schools. “

Katy Fairley, director of Fairley Strategies in Vancouver and director of CFBC, says the foundation â€œbridges a gap where individuals and businesses can directly contribute to the betterment of the industry.

â€œStart talking to them in kindergarten,â€ she said. â€œMake sure their teachers out there and in public schools understand what trades and applied learning are. Bring industry into schools and make applied learning part of the curriculum. Support students and teachers and help them throughout and over time our efforts will pay off. “