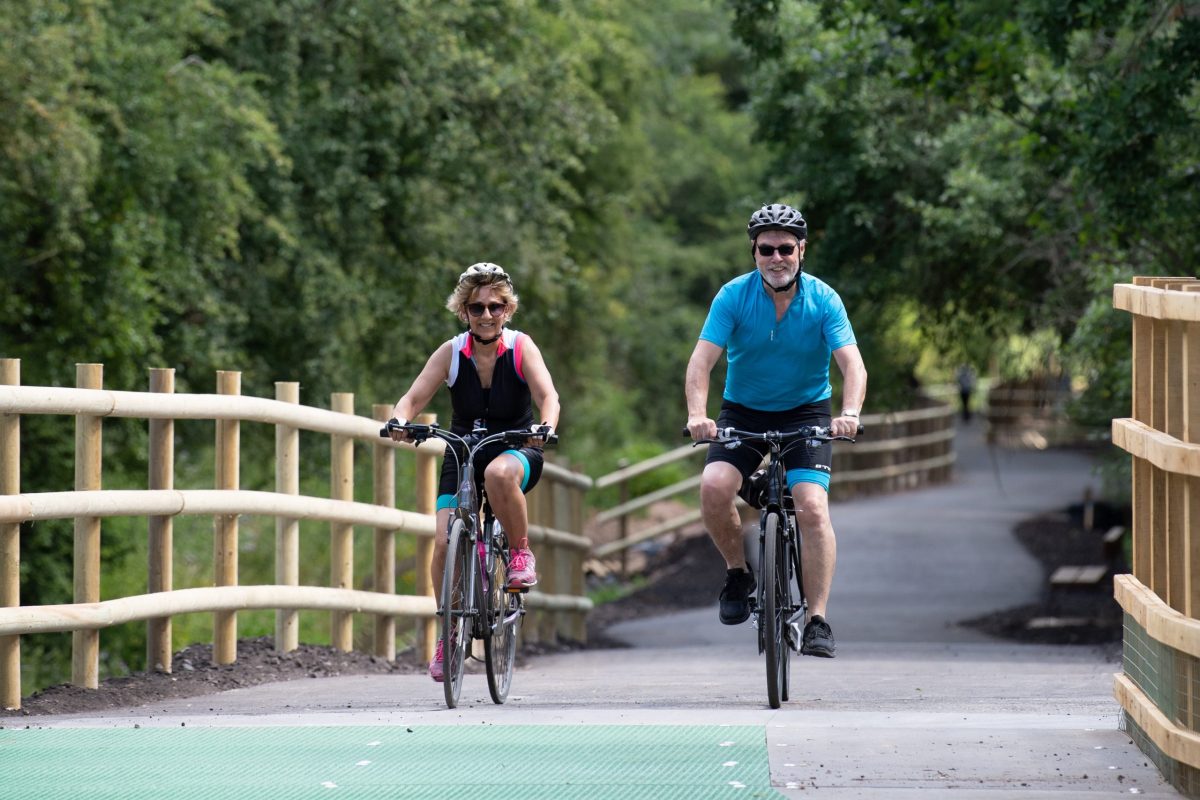 THE CHARITY behind Warwickshire’s longest traffic-free greenway says it ‘should have been clearer’ when it said the ‘Lias Line’ linked to the National Cycle Network (NCN).

In July walking, running and cycling charity Sustrans opened the £5.1million Lias Line – which follows part of the former railway line from which it takes its name – saying it ‘diverted 2.5 miles off-road NCN’.

But, responding to claims that the route in its current form is “a two-mile cul-de-sac”, the charity clarified that the greenway will not connect to the NCN until the next phase of the project will not be completed.

Sustrans had claimed the new route created ‘a safer and more direct link between Offchurch Greenway and Long Itchington’.

A 120 meter gap at the western end of the route means it is not yet connected to the National Cycle Network.

But a Warwickshire resident told The Observer: “There is no way NCN Route 41 can be diverted there at the moment. The Lias line ends abruptly about 100 yards before reaching the Fosse Way – unless there is a way around the steel barriers, cross the Fosse Way and then take the Offchurch Greenway.

“There are no warning signs that this is a dead end, indicating to the cyclist, walker or rider that they will have to turn around and retrace their steps to Long Itchington.

“The Offchurch Greenway is an overgrown single lane footbridge which cannot be used by the casual cyclist. And there is a difficult detour due to the HS2 works – they have laid a wide temporary path using large loose stones on which it is very dangerous to drive.

“I’ve met so many people on the road who had high expectations but were totally disappointed with everything.”

A spokesperson for Sustrans pointed out that its July press release made it clear that further work would take place next year to close the 120 meter gap at the western end of the road.

He added: “However, we should have been clearer that the redesignation of the National Cycle Network itself will not take place until the next phase of work is complete and HS2 has left the site.

“For clarity, this involves works such as the 120 meter gap and the Fosse Way upper bridge. These improvements are part of our Paths for Everyone program, which helps us move closer to a safe and accessible national cycling network for everyone.

“We are extremely proud of the new greenway we have built in Warwickshire. Given the appetite of the local community to use and enjoy the path, we chose to open the route as soon as possible, and before certain aspects were completed, such as new signage. This signage should be in place by the end of September.

The new greenway follows the ‘secondary line’ of the old Lias Line railway, named after the stone buried beneath it, which closed in 1985 after 134 years of transporting minerals and passengers.

In the long term, and subject to funding, Sustrans plans to use the old railway ‘mainline’ to create a new off-road route to improve connectivity with Birdingbury, Rugby and other nearby villages. The third and final phase will follow the spur route south to Stockton Reservoir.

Visit https://tinyurl.com/2p9a5b6x for more information on the Lias and Sustrans line.

Charity works to honor fallen sailor while helping others