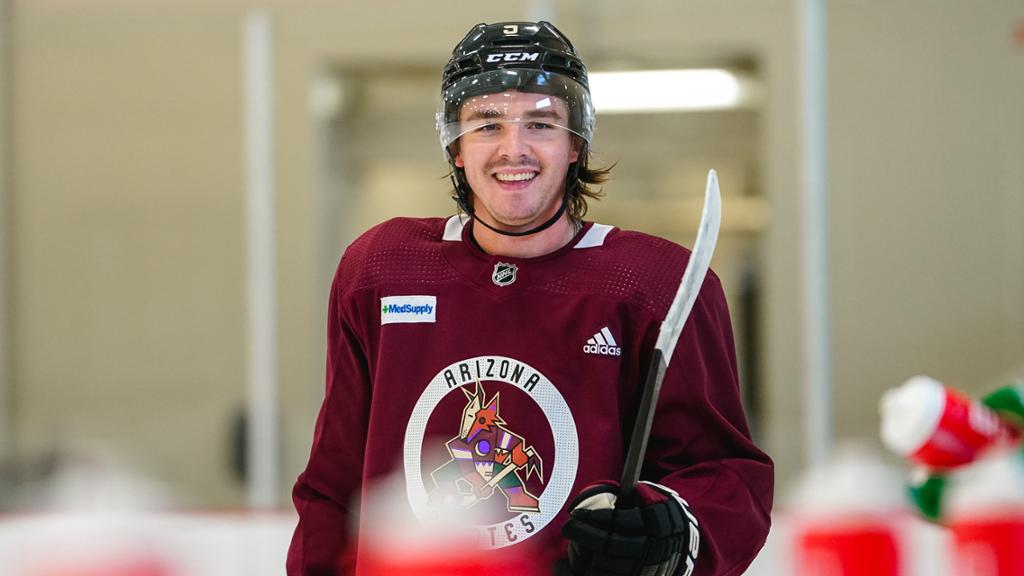 Arizona Coyotes two-time All Star had played 359 regular season NHL games without sustaining a serious injury, but that changed on March 30 when he fractured his leg after a frightening collision with end boards late in a game against the San Jose Sharks.

133 days later, the 24-year-old forward’s recovery is progressing well, and Keller said he expects to be back for training camp in September.

“I feel really good,” Keller said after a recent skating session. “My skating is starting to get really good, and I’m just excited to be healthy again, to get back with the guys and start the season.”

Keller was in the middle of a career year before the injury, having recorded 35 assists and a career-high 28 goals in 67 games. Those 63 points were just two shy of his personal best, which he recorded in 82 games in 2017-18, the same year he was named to the NHL All-Rookie Team while finishing third in the voting for the Calder Trophy.

Fast forward four years and Keller was well on her way to surpassing those numbers. Even after missing the final 15 games of 2021-22, he led the Coyotes in goals and points, while finishing fourth in assists.

Rather than get discouraged about how last season ended, Keller is using it as motivation to come back stronger than ever.

“I play a dangerous game and I’ve been lucky not to get hurt, really never,” he said. “It’s part of the game, and a lot of guys get injured, and that’s how you bounce back. You hear guys say all the time: injuries bring another level, and almost a new you.

“Hopefully I can be better than before.”

Keller said the injury, which required surgery, healed “pretty quickly,” but that was just the start of his return to the rink. The rehab and gym sessions that followed required patience as he continued to make slow but steady progress.

For someone who has never suffered a serious injury, it was a learning process.

“It’s crazy how quickly you lose strength in muscle just because you’re not using it,” Keller said. “It’s just kind of grinding and making the leg as strong as possible. Then you start skating and then it starts to feel better every time you step on the ice.”

He expects to be ready to go at the start of training camp in September and hopes to pick up where he left off last season, where he fully embraced the new system put in place by the head coach. André Tourigny and his staff.

As the season progressed, Keller and his frequent linemates – Travis Boyd and Nick Schmaltz – stepped up, often giving opposing defenses all they could manage.

“We weren’t winning a ton, but we were still in games,” Keller said. “The new coaching staff have put their system in place and I think everyone has bought in, and I think they’re great guys to work with.”

However, his leadership tendencies were not limited to game days.

Off the ice, Keller has been one of the biggest supporters of desert hockey. He took time during his recovery in early June to appear alongside Schmaltz and Christian Fisher at a Tempe City Council meeting, speaking about the importance of Coyotes hockey to himself and the community.

It wasn’t just lip service either.

Keller experienced that support firsthand after his injury, and he’s never forgotten how much his family, teammates, former teammates, coaches, ex-coaches and fans lifted him up during the fight. one of the most difficult moments of his career.

“It’s good because when that happens you get a little depressed and you find out who really cares about you and who wants to see you succeed and see you get better,” Keller said. “It was really nice to have that, and it lifted my spirits.”

Those well wishes, along with his hard work and dedication, have helped him get back to a point where he is ready to compete again. Combine this with the move the Coyotes over the summer, and Keller is ready to cut through the noise and build on his 2021-22 season.

“Obviously we have players coming in – veterans – guys who played on winning teams,” Keller said. “I think people can say whatever they want, but the only thing that matters is the guys in the room and how we take it. [the challenge] head on.”