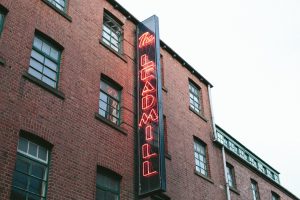 Comedy charity event at the Leadmill

Shelter is recruiting brave candidates to take part in an amateur comedy night to raise money for Sheffield’s homeless.

It’s the first of its kind here in Sheffield, a charity event run by Shelter to raise money and tackle homelessness in the South Yorkshire town. Although there have been similar events in London, Manchester and Edinburgh, Sheffield’s Hub is celebrating its premiere with the stand up and fight for home comedy event.

Each person who registers to be part of the event will receive five weeks of professional training with Anthony J Brown to prepare them, before performing alongside three other professionals in front of family and friends at the Leadmill on April 3.

Regional community fundraiser Ellie Tomlin, 26, said: ‘We wanted to push people out of their comfort zone, which is why we wanted to recruit people who had never really thought about doing something like this. .

“Whether someone has always wanted to stand up, think they’re hilarious, or just want a challenge to fight homelessness. We would like them to join us”

The entry fee is £30, with participants aiming for a fundraising goal of £500 by being sponsored for their participation. All money raised will go to Shelter to help people who are denied the right to safe housing.

Miss Tomlin added that: “It’s obviously a really exciting challenge, but we understand comedy isn’t for everyone, so if anyone still wants to support the work of Shelter but in a different way, so we’d really love for them to get in touch.”

Although the workshop has already started, there are still 4 comedy conferences left which will start on March 8th, so if anyone is looking to register, they can email [email protected] or visit https://shelterstandup.eventbrite.co.uk/

Tickets for the event are available for purchase at https://sheffieldcomedy.eventbrite.co.uk/ 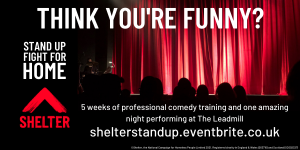 Leaflet for the event