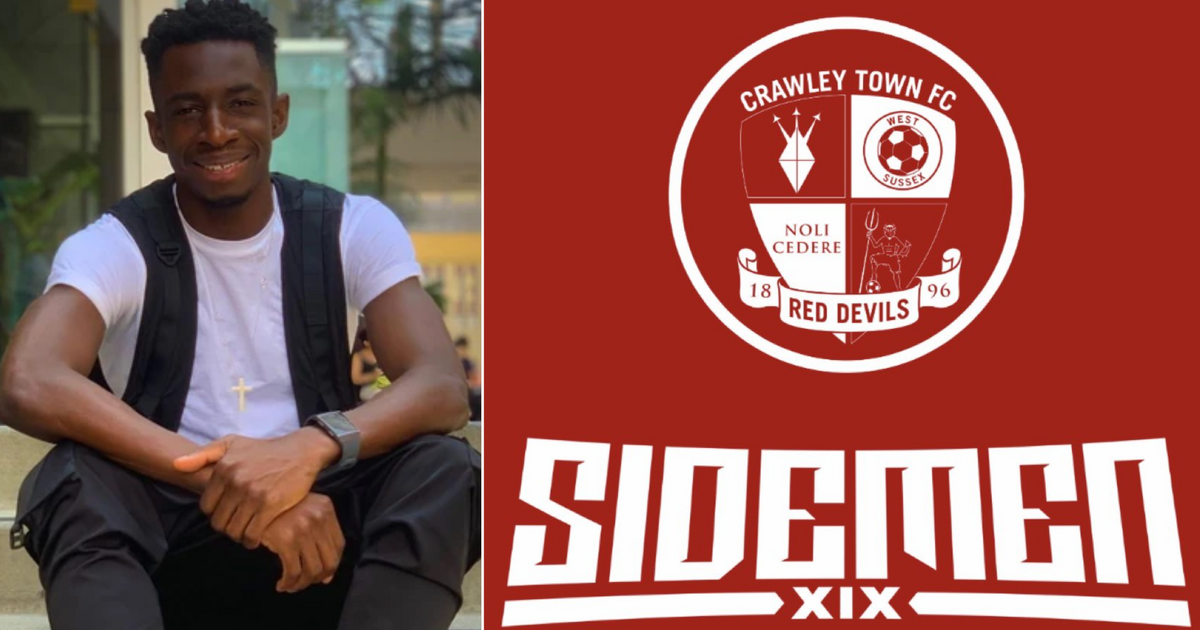 On Thursday, October 27, the club officially confirmed that Tobi ‘TBJZL’ Brown, founding member of video collective The Sidemen, will join the club for training ahead of the first round match.

Brown is also expected to be joined by his brothers Manni and Jed for the November 1, 2022 workout.

Preston Johnson, co-chairman of Crawley Town, said: “We are delighted to have Tobi, Manny and Jed join us for training on Tuesday, and we can’t wait to see what they can bring to the club.

“Depending on their performance, we may extend offers to continue training with the lads on a trial basis and potentially compete for a place on the bench for the Accrington Stanley game.

“As we’ve said before, they’re fairly unlikely to enter the pitch unless the game is well in hand, but we want to give them the opportunity to show Lewis and the staff what it’s like. they can do in training and then move on from there.” he reportedly said in a statement according to The Athletic.

The invite comes after Crawley sent scouts to the recent charity football match hosted by The Sideman, which faced a team of rival YouTubers in front of a sold-out crowd at The Valley.

The game which garnered a huge following on social media saw the world’s biggest social media stars come together and their fans in a football game to raise funds.

The match which was full of memorable and funny moments in this year’s edition did not disappoint after returning from a two-year break.

Brothers Tobi and Manny combined to score three of the Sidemen’s eight goals in the match which ended 8-7 in favor of the hosts against the YouTube All Stars.

However, under FA statutes, any player who has registered with a club is eligible to be named to the squad and play in FA Cup matches.

Who is Tobi ‘TBJZL’ Brown?

Tobi ‘TBJZL’ Brown better known as TBJZL, is an English YouTuber, streamer and internet personality. He is also a member and co-founder of the British YouTube group known as Sidemen in 2013.

Brown was born on April 8, 1993 in Hackney, London, to a working-class family of Nigerian descent.

In 2019, Brown was listed as the 38th most influential online designer in the UK by The Sunday Times.

As of September 2021, his main YouTube channel has over 4 million subscribers and 400 million video views.

His brother Manny, meanwhile, has over five million followers combined.

Since taking over the League Two club in April, owners WAGMI United have reportedly sought to make Crawley ‘the team of the internet’.