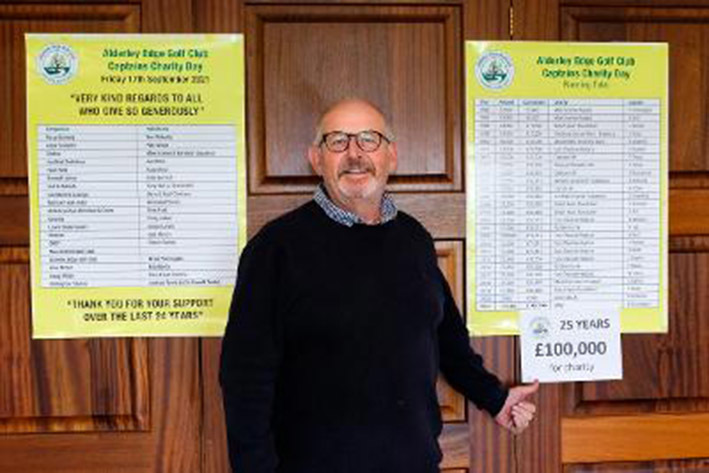 He hosted a Charity Golf Day for Captains – affectionately known as the Fodders Charity Event – at the Alderley Edge Golf Club for 25 years.

The latest charity rally featured 60 golfers participating in a successful day of golf, a meal and a chance to raise more funds at the evening’s auction.

He underlined in a moving speech the motivation behind the organization of the first event.

â€œI started the event in June 1996 after my mother died in March,â€ he said.

“She had used the ‘mast scanner’ at Macclesfield Hospital and we wanted to fundraise in her memory.

â€œI was only going to have one event, but everyone told me I had to continue this fundraising for different charities. And so the golf event continued for the next 25 years. ! ”

A number of good causes have benefited from it.

â€œOver the years, we’ve raised money for at least 15 charities and ended in 2021 supporting this year’s captain’s charity, Stockport MIND,â€ he said.

â€œI have appreciated the fantastic and generous support from past captains, individuals, members and companies who have contributed to our success.

â€œSo to all of you who over the 25 years who have played, helped, supported and donated prizes, I extend my thanks. Also to the Alderley Edge Golf Club and all the staff for arranging golf and post golf activities in the clubhouse.

“Finally, a special thank you to my family – Angela, Jordan and Luke – for supporting the ‘old man’.”

New virtual training tackles leading cause of blindness in Mongolia