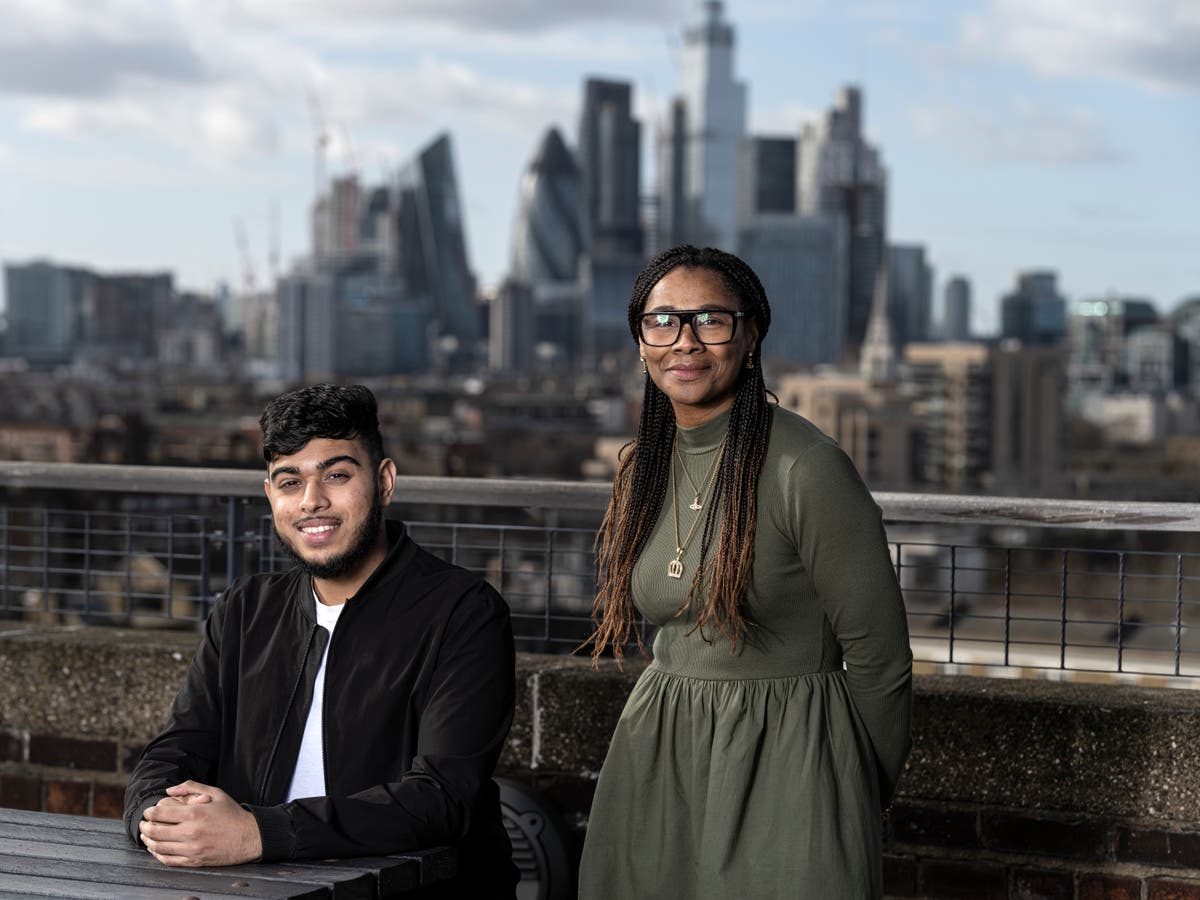 Forty young unemployed Londoners trained under The Independents The Skill Up Step Up campaign has started working with employers who span a diversity of industries – from hospitality to medical administration to commercial real estate.

They are the first wave to benefit from the life-changing opportunities offered by the 330 jobs promised by companies so far, as we seek to lift more than 1,000 young people out of unemployment and find them work.

The 40, given their dream start from companies such as Hilton Hotel Group and LexisNexis Risk Solutions Group, which hired 15 interns between them, have been honed by one of the five charities we fund to making unemployed Londoners “ready to work”. as part of our £1million campaign in partnership with Barclays LifeSkills.

We started this campaign by reporting the soul-destroying stories of Londoners who applied for hundreds of jobs without receiving feedback on why they repeatedly failed to make it out of the pool of 88,700 who officially includes London’s ‘unemployed aged 16-24’. Now, after undergoing intensive training funded by our initiative, our campaign has given them wings. Here, two of the 40 who passed tell us what this next step means to them – and their employers value their contribution so far.

When Christabel arrived at her school in Croydon on the first day of Year 13 to start her A-levels, the Year Head took her aside and said, “Why bother? It’s not like you’re going to a Russell Group university, is it? »

“That was the moment when everything changed,” Christabel said. “I had ten good GCSEs (B and C) and was a bubbly, outgoing student who contributed in class, but after that I became very quiet, only spoke when spoken to and lost confidence because I felt my teachers didn’t believe in me. My grades plummeted. I passed A levels but didn’t get the grades I needed to take the mental health nursing course I wanted and after that my life was turned upside down.

Christabel drifted. She enrolled at another university to study adult nursing to prove she ‘wasn’t stupid’ before pulling out halfway due to loneliness during Covid. She also worked as a caregiver for patients in their homes, feeding, changing and cleaning them, but became unhappy and desperate to leave.

“At one point I got so low that I couldn’t get out of bed,” she said. “My mother became terribly worried, hugging me, crying and begging me not to give in to negative thoughts. didn’t know what to do.

This was an Instagram post from 2020 Change, a training provider supported by our Skill Up Step Up campaign, offering places in their 10-week ‘I am Change’ program which has proven to be the catalyst for change.

“I applied last year, walked in and in the course they asked us to make a video that took us five years into the future to visualize the life we ​​wanted. It was emotional because I had just come from turned 23 and realized that I had no plans or expectations and it made me see how negative my thoughts had become. The 2020 Change course showed me my potential, but it also gave me practical steps to success. By the time they offered me the job at EG, part of the LexisNexis Risk Solutions group, I was ready. My resume was sorted, I had researched the business and the commercial real estate industry and I felt motivated.

“I was incredibly happy to get the job, but I don’t think he understood until the first day of induction what an incredible opportunity it was. I never imagined that would be the case after only a month, but I find real estate and data analysis really interesting. It’s exciting to have your brain turned on and to feel engaged. I thought I had to go to college and pay a ton of money to change my life, but a free 10 week program did.

Rianna Ralphs, 30, head of customer success at EG, part of LexisNexis Risk Solutions Group and provider of data, news and analytics for the commercial real estate market, said: “Normally we employ university graduates, but this is a new initiative to be more inclusive by offering a boost to young people without a diploma.

“I interviewed three candidates for a position on our customer success team and although he was younger than the people we usually hire, Christabel came through with flying colors. She came across as eloquent and professional and followed up to thank us for our time – a nice touch. We felt she had the values ​​we were looking for – someone who will work well in a team and go above and beyond for a client. She started an apprenticeship a month ago of two years and a pleasure to work with. She is eager to learn, has a natural affinity for real estate and has easily integrated into the team. In five years, she could be a winning manager. between £40,000 and £60,000 She has proven to be an excellent recruit and I predict great things.

The college dropout to the best PR agency

When Amin dropped out of business administration at Queen Mary University to seek an apprenticeship where he could “earn and learn” at the same time, his parents weren’t happy. He reassured them he would find a placement soon, but Covid made it difficult and a year later he was still looking.

Amin, who grew up in Tower Hamlets, the son of Bangladeshi parents, said: “I applied for jobs but got no interviews or feedback. After a while, you feel hopeless and rejected. I started applying for marketing and engineering courses, but I had been average in school and didn’t have the grades to get into it. I watched my peers progress as I fell further and further behind. It was not an easy time. »

He opened up to a friend who told him about a ‘great’ local charity in Tower Hamlets called City Gateway where he had undergone training which helped him find an apprenticeship. Amin signed up. “From the moment I joined City Gateway, I felt I was in the right place,” he said. “They understood what I wanted to accomplish and how I needed to get there. They helped me build a great resume, gave me interview and research skills, and rebuilt my self-esteem and confidence.

The competition for the position at Riot Communications – as an apprentice sales administrative assistant in the operations and purchasing team – was fierce, but Amin prevailed. “Working at Riot made me feel good again,” he said. “Everyone has been so supportive. Has it changed my life? Yes – I am having fun and learning new things and most importantly the work has good potential for progression. If I hadn’t been to City Gateway, I’d probably still be applying for jobs and banging my head against a brick wall. I feel very lucky to have this break.

Deborah Klass, Head of Finance and Operations, said: “We are a Bethnal Green based PR agency operating in arts and culture and we pride ourselves on being inclusive, so when we read about Skill Up Step Up, it seemed natural to sign at the top.

“Amin trained with City Gateway and started with us several months ago as our first recruit. He had to see 39 other applicants, including two from City Gateway, to get the job, but after three interviews he was the candidate who stood out, and his personality, charm and confidence shone through.

She added: “Some companies may be put off hiring disadvantaged people trained by groups like City Gateway, opting for proven employees instead, but the feeling when you help change someone’s life is great.

“Amin brought youth and another dimension to our agency. He is self-taught, smart and quick, he has a lovely calm nature and is excellent at communicating with all levels, from MD down. He is a social media whiz and will be offered opportunities across the company. One of his duties will be to supervise our next apprentice who, I am pleased to report, will also be recruited through the Skill Up Step Up campaign.