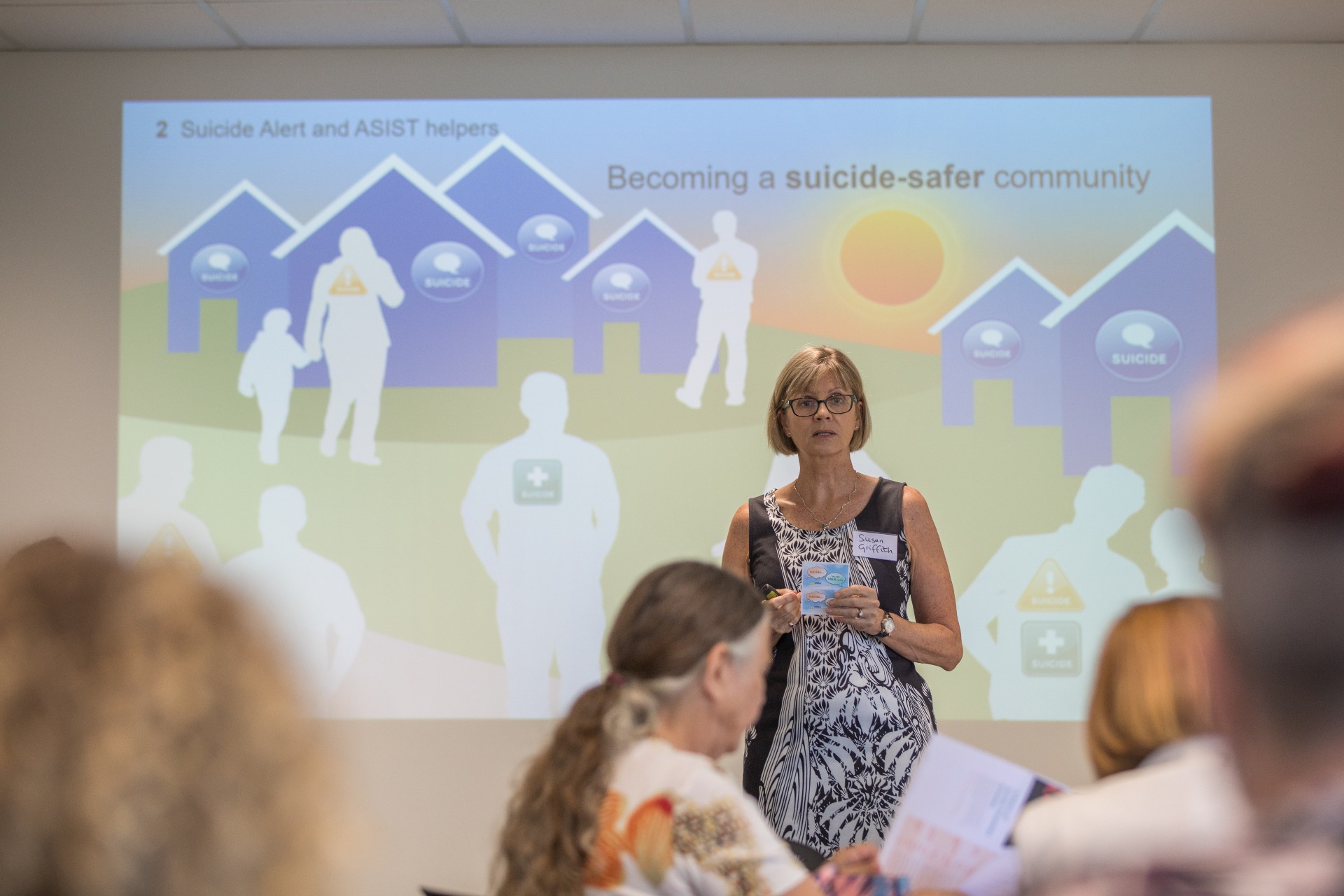 “The most difficult and sensitive questions can sometimes save a life.”

This is one of the key messages participants will learn from the free courses offered by the Suicide Prevention Alliance – Sunshine Coast.

Course participants learn the skills to identify the often subtle signs that someone may be having suicidal thoughts, how to gain the confidence to ask them what’s going on, and effective ways to help them ask for help. assistance.

Joe Surace, a graduate of the suicide alertness course, said the training was worth it for him.

The most important thing he learned was to “ask people directly if they are thinking about suicidal type thoughts, if you have any concerns about them”.

Mr. Surace decided to take the course a few years ago because he had had an “extremely horrific” experience dealing with cancer: the treatment, the rehabilitation and the side effects that followed.

These days, the Buddina resident is a big advocate for cancer survivorship and even works part-time at a cancer charity.

In the role, Mr Surace said he met many people who were fighting hard with cancer and who sometimes thought about giving up on life.

“I thought taking the course would help me better understand and help people who might be having suicidal thoughts, and if so, intervene before they do,” he said.

The Australian Bureau of Statistics’ annual report on causes of death for 2020 reveals 32 intentional self-harm (suicide) deaths on the Sunshine Coast that year.

But Louise Pemble, engagement manager for the Thompson Institute of the Sunshine Coast, said the number of suicides in the area fluctuates each year.

“It was generally considered that the official figures underestimated the true rate, as not all deaths can be officially proven to be intentional,” Ms Pemble said.

She said feedback on the course showed many participants were reluctant to ask someone if they were thinking about suicide until they learned the skills to identify the signs and educate themselves in a way that made them feel comfortable. be authentic.

The training includes the practice of asking another participant’s question.

“It’s a huge barrier for many, but once done, participants report that they’re more likely to use it in the future,” she said.

Ms Pemble shared a case where a participant, the day after the training, was asked by his neighbor to talk to his 12-year-old son, who was suicidal.

“She was able to do it and referred him for help, which shows the potentially life-saving benefits of training,” Ms Pemble said.

Ms Pemble revealed that some of the subtle signs of someone contemplating suicide usually included changes in behavior, appearance or mood.

“Giving away property, including pets, is another sign to check for suicidality. Life changes such as relationship breakdown, financial stress and legal issues can also cause distress.

safeTALK is a free half-day training on how to identify someone who may be thinking about suicide and refer them for help each month.

ASIST is a two-day suicide safety planning training for $80, while Start is a free 90-minute online suicide awareness training.

Although we can all be trained to spot the signs, Ms Pemble said some people are extremely good at masking pain.

“If you’ve lost someone to suicide, please don’t blame yourself,” she said.

“Good help is available on the Sunshine Coast for anyone affected after a suicide, especially standbysupport.com.au”

Discussions about suicide can also help reduce the stigma surrounding the societal issue.

“It used to be a crime and seen as a moral failing, so suicidal people are reluctant to discuss their feelings,” Ms Pemble said.

“Stigma is the biggest barrier to seeking help, so we as a community need to address the stigma of suicide if we are to save more lives.”

To register for all three courses, visit The Alliance.org.