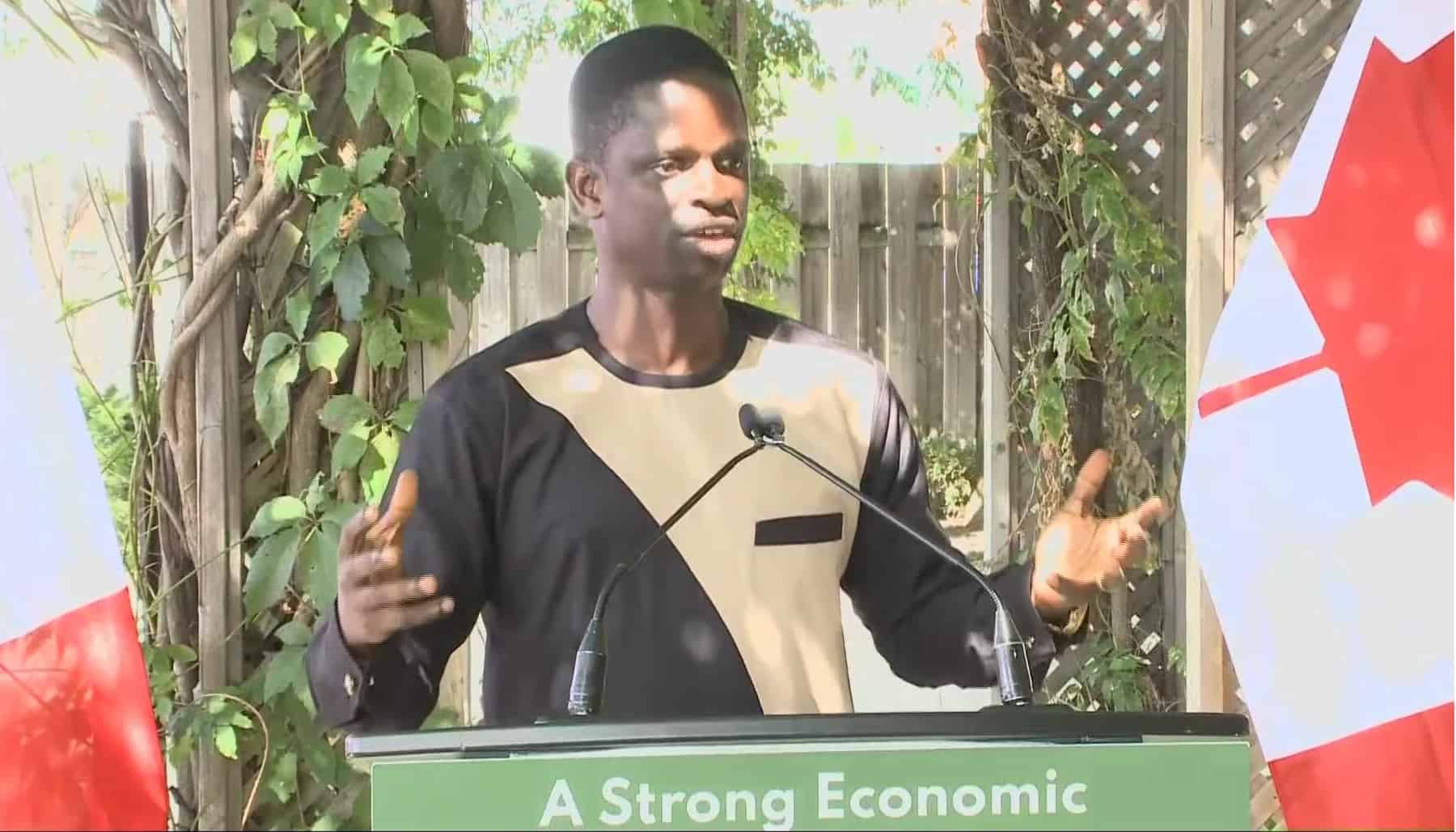 Empowerment Squared Inc., a not-for-profit organization headquartered in downtown Hamilton, is forming a $1.9 million partnership with the federal government to launch a Black Business Network that will span the southwestern Ontario.

Empowerment Squared Executive Director Leo Nupolu Johnson, FedDev Ontario Minister Helena Jaczek, Public Services and Procurement Minister Filomena Tassi (who is the Liberal MP for Hamilton West—Ancaster—Dundas) made the announcement. at a press conference in Hamilton today (August 2019). 16). The partnership with FedDev Ontario (short for Federal Economic Development Agency for Southern Ontario) extends to the Michigan border, with WE-Tech Alliance serving as a liaison group in the Windsor area.

On the Hamilton side, Empowerment Squared will be a leader in what is dubbed the Southwestern Ontario Black Business Network. Through what is known as “ecosystem funding,” it will aim to support more than 200 black entrepreneurs and 75 black-led businesses in the city, which will create 80 new jobs.

The charity, which Nupolu Johnson started late years after arriving in Canada as a 16-year-old unaccompanied refugee from a civil war in Liberia, aims to support newcomer, racialized and marginalized communities in Canada through mentorship and programs that increase access to post-secondary education.

“With the work we do, there are two sides to every challenge we face – the fighting side and the building side,” Nupolu Johnson said during a news conference broadcast live by CHCH-TV. “We stand up on the side of the fighters, against injustice. We are proud to partner with the Canadian government to reinvigorate the building, which has been neglected for too long. As I always tell our team, there is nothing wrong with making a profit in our industry. He goes back to our community, he stays in our community and takes care of 400 years of deficit

“The work is just beginning, with FedDev Canada, with education, with experience,” he added. “We are planting this seed today with the goal of making maximum profit to reinvest in our community.”

Recruitment of contractors and hearing of proposals will begin next month, added Nupolu Johnson. With respect to federal funding, FedDev Ontario will cover expenses incurred by Empowerment Squared when starting the program.

“FedDev is watching the results we’re getting very closely,” said Jaczek, who is the Liberal MP for Markham—Stouffville. “Leo has a lot of experience and we have a feeling he’s going to exceed his targets. It’s a kind of continuous analysis of the results where FedDev covers the expenses. We don’t just distribute money to the left, to right and center.

In the first year of the COVID-19 pandemic, when all industries were impacted by personal service shutdowns and indoor capacity restrictions (before vaccines became available), Ashleigh Montague and her sisters launched BLK-OWNED HAMONT to showcase businesses in the town. . Montague said Tuesday that there are long-term challenges and goals that are unique to black entrepreneurship in southern Ontario.

“When my sisters (Alexandria and Abygail Montague) and I started, we thought there was no service that showcased black entrepreneurship west of the GTA (Greater Toronto Area),” Ashleigh said. Montague at the press conference. “We interviewed black businesses, listening directly to 105, to understand the gaps black entrepreneurs face. On average, this is a younger group: 43.8% are between 30 and 45 years old, while the second largest group is between 17 and 29 years old.

“Only 30% of those starting out had an annual income above $10,000,” Montague added. “But 80% said a motivation was that they wanted to leave a legacy for their family… This ecosystem grant (from FedDev Ontario) is a great start toward building a black business hub in this region .”

FedDev Ontario was created in 2009, under the leadership of then-Prime Minister Stephen Harper, to support competitiveness, innovation and economic diversification in southern Ontario, Canada’s most populous region. Jaczek is the agency’s dedicated prime minister.

Subscribe now to receive our daily email of today’s top stories in your city!