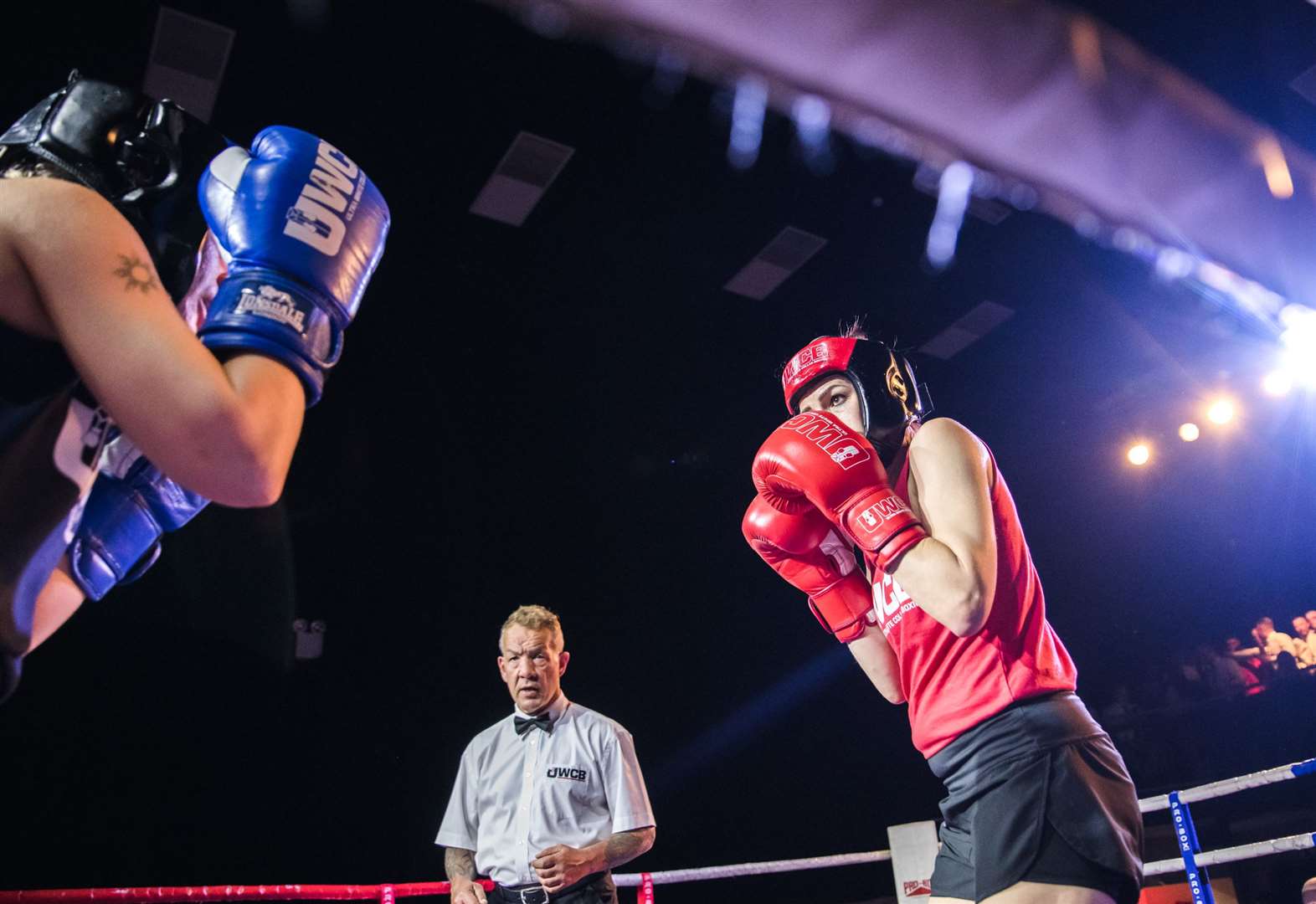 A charity boxing event has raised over £21,000 for Cancer Research UK.

Forty fighters took part in the event at Inverness Ironworks on May 14, hosted by Ultra White Collar Boxing (UWCB).

Participants received eight weeks of coaching for the two nights of fights attended by 700 guests.

Sarah Mackay (25) from Alness was one of those who took part.

She lost her fight but still raised £500 for charity, an amount matched by her employer, the Cairn Housing Association.

Ms Mackay said: “Everyone was shocked when I started boxing because I’m quite a reserved person. I joined UWCB mainly because I lost my friend at a very young age, and things like that impact young people.

“My friend Jordan Ross died at 16. Our mothers were best friends and we grew up together. I was 12 when he died.

“I believe it was blood cancer he had, but because I was so young I was just told it was cancer. I was not allowed to see him in his final months because it would have been so traumatic.

“I was really mad at the world when I was younger, I was constantly getting kicked out of school because I didn’t understand what had happened. I thought if I could lift whatever it’s to help prevent someone else from going through the same process, so I would.

“I also had an uncle who died of cancer, and both of my grandparents were diagnosed with cancer in the same year, although they are both doing well now.

“My aunt, Mary Rae, was diagnosed with eye cancer at the end of last year. When I was young, I was convinced that I would have cancer one day. impression that the disease has followed me, as if it were continually approaching.”

Ms Mackay added: “The UWCB is a great way to fight back. You can do bake sales and things like that, but that won’t take you on the emotional and physical journey that Ultra White Collar Boxing does.

Do you want to react to this article ? If yes, click here to submit your thoughts and they may be published in print.