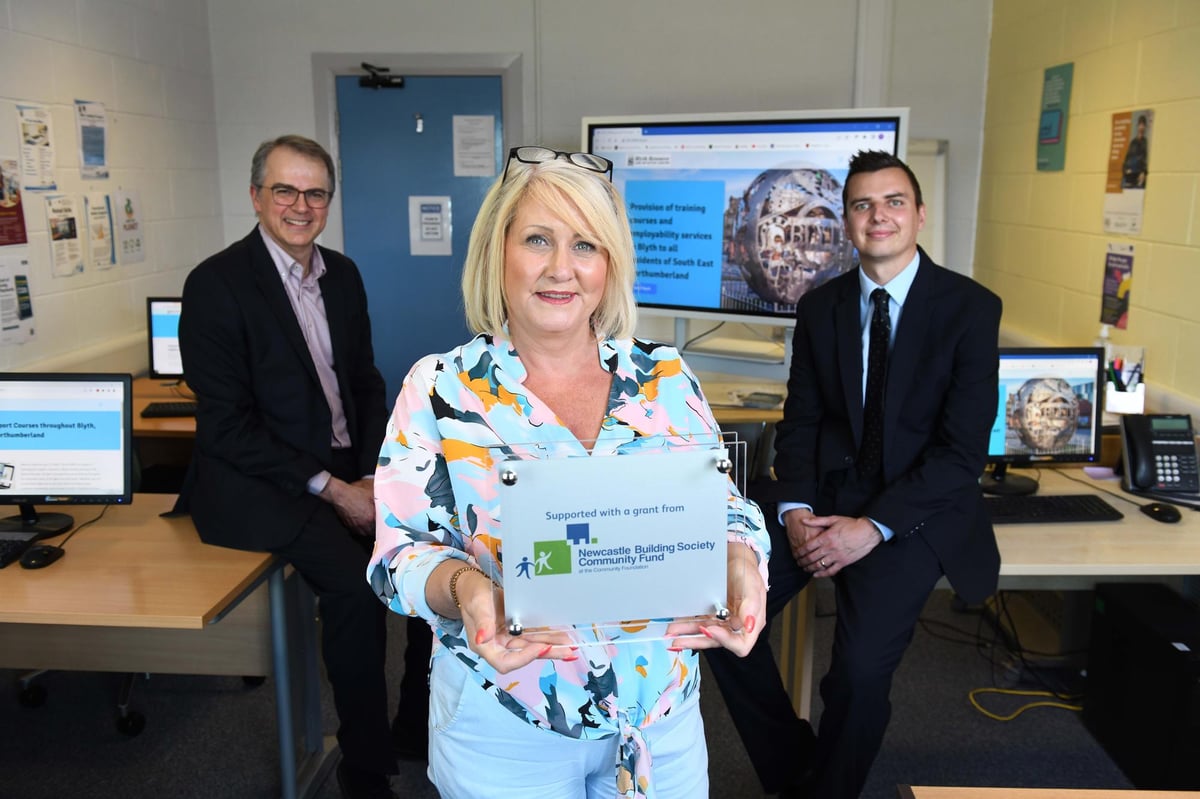 Blyth Resource & Initiative Center (BRIC) offers a wide range of training and employability services with the aim of helping them acquire the skills and knowledge necessary to enter the world of work.

The charity, which celebrates its 40th anniversary next year, launched a new functional skills project last autumn after being accredited to deliver maths and English lessons.

The course, which lasts around four months and includes both online and in-person sessions, has so far been successfully completed by 14 people, with several more at different stages of their studies.

And with more than 20 people on its waiting list, BRIC is now using a £2,250 grant from the Newcastle Building Society’s Community Fund to the Community Foundation Tyne & Wear and Northumberland to expand its course provision, with the next ones ahead start in September.

Each part of the five-step course is passed by taking an exam, with students allowed to work at their own pace with the support of a tutor and able to decide when they are ready to take the exams.

Job interviews, paid jobs and volunteer roles have already been secured by many of the first students to complete the course.

Center manager Sharron Fawcett said: ‘Our aim is to upskill local people who have no qualifications, around a third of Blyth’s population, so that they have a better chance of attracting the a potential employer’s attention and get on their interview list. .

“With the first step of the interview process often simplified to an online assessment, candidates without formal qualifications are often not interviewed, even if they are a good match.

“Any funding is invaluable to a small charity like ours, but in this case we simply couldn’t run this course without the generous support of the Newcastle Building Society.”

Stephen Burt, manager of the Newcastle Building Society’s Station Road branch in Ashington, added: “It’s great for us to be able to support their inspiring work.