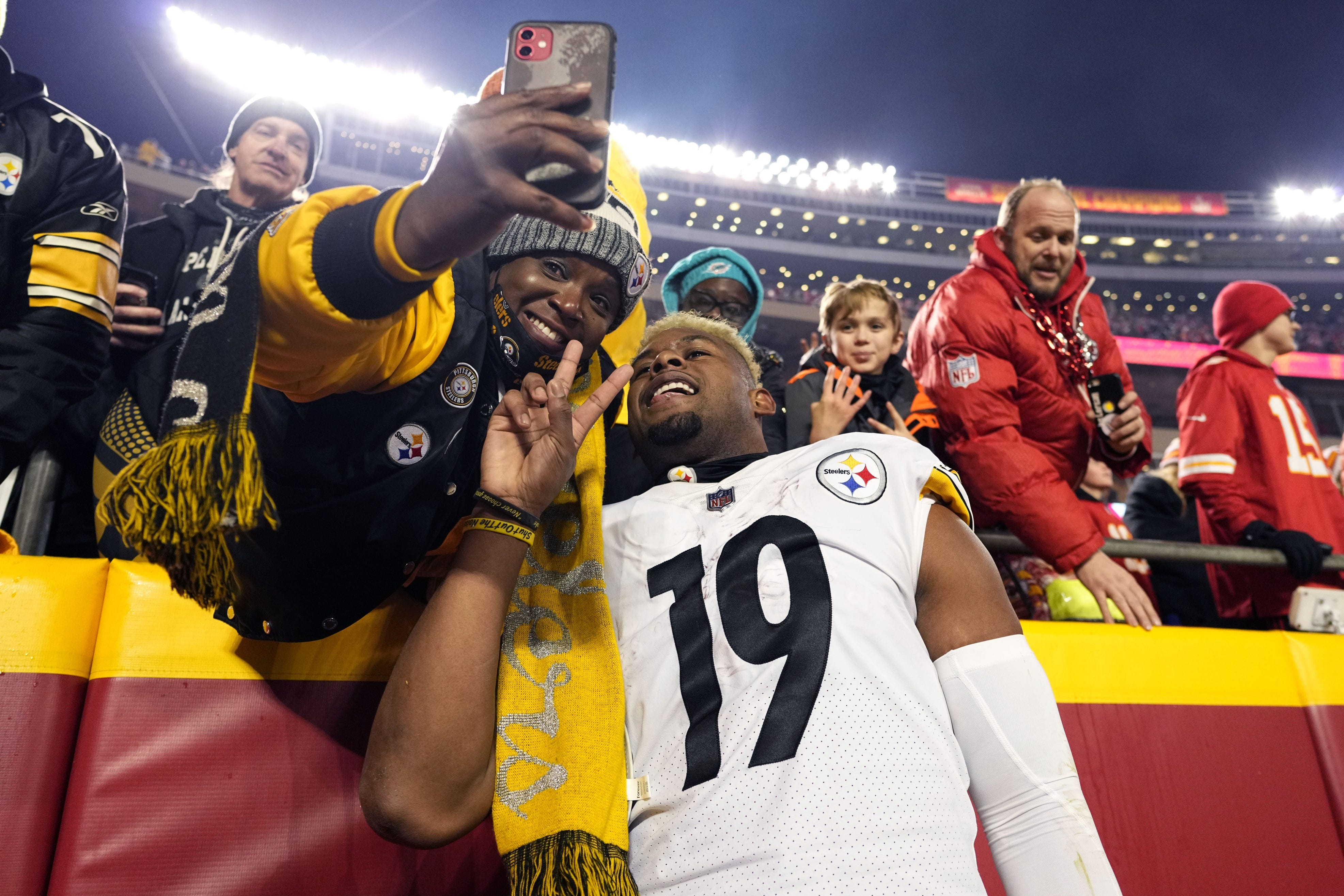 JuJu Smith Schuster’s time in Pittsburgh came to an end when he signed a one-year contract with the Kansas City Chiefs in free agency a few months ago.

The fan-favorite receiver said his official farewell to the city on Sunday, when he hosted a fan event at “The Terminal” in the Strip District.

Hundreds of fans lined up to greet the former Steeler, who spent his first five seasons in the league in Pittsburgh.

The event started at 9 a.m. and for a $20 donation, fans received merchandise, an autograph, and a photo.

All money raised was donated to four local charities, Paws Across Pittsburgh, The Miracle League, Magee-Womens Research Institute and Vintage of Familylinks.

It was reported that Smith-Schuster stayed until he was able to greet all the fans who showed up, canceling a flight to say and meet everyone.

JuJu Smith-Schuster is back in town at a start event on The Strip. He told me it all happened so quickly leaving the Steelers and signing with KC that he never got a chance to actually say goodbye. So he signs everything, takes pictures and even does TikToks with fans. pic.twitter.com/7eUVEkAIsj

Wearing a “Littsburgh” sweatshirt, Smith-Schuster signed autographs, shared stories with fans and even appeared on a few TikToks.

Amazed by the turnout in Pittsburgh for our charity farewell event today. Thank you so much to everyone who came out and made it all possible! 💛💛

Schuster suffered a shoulder injury that required surgery after Week 5. He missed the remainder of the season but played in the Steelers’ playoff game, a Wild Card loss to Kansas City.

Shuster’s one-year contract with the Chiefs is worth $3.25 million.