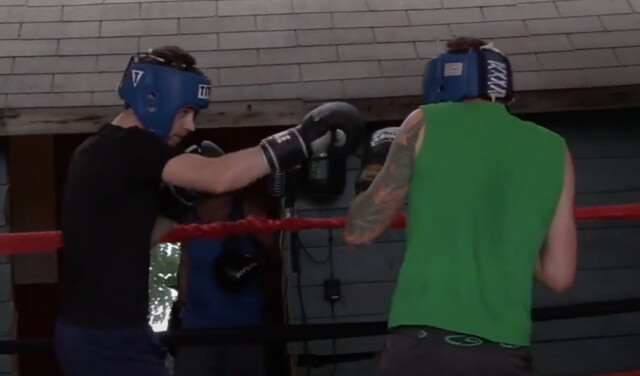 After having to take a year off due to the pandemic last year, a Kelowna boxing gym is looking for the fifth time to raise money for a good cause.

Lawrence was recently given the green light from the Boxing BC Association to host an event in 2021, and he is now looking for “three-tower heroes” to learn soft science. He has eight people from the community committed to the October 9 event, and he’s now looking for another dozen.

“These are people in the community who have never boxed, or maybe have tried a little bit over the years, who may have played with martial artist training, and who may have – always wondering what that would look like – a bit of a bucket list thing, ”Lawrence said.

“They get three months for free Madkatz training. I bring a lot of extra coaching, and I train myself too… We call it ‘wax on, wax out’, we keep it really simple, basic. And we are preparing you for battle in three months.

“And then you show up in front of 500 screaming fans and do something that 99% of the people in the world shy away from, and it’s a fight.”

In 2019, and again this year, the money raised through the event will go to Elevation Outdoors, a local non-profit that introduces underprivileged young people of the Okanagan to a variety of outdoor activities. Part of the funds raised will also go to MadKatz Boxing’s free training program for recovering people.

“Everything goes through [Elevation Outdoors], then they give us enough perspective to jumpstart our salvage home programs, ”Lawrence said.

“If you are recovering, in a house that is sober and clean, you are welcome to train here all year round … some guys have told us it helps them get through their day.”

Lawrence spoke of a recovering youth duo who entered his boxing program a few years ago.

“The following year, when recruiting [three-round heroes], they both fought, they both raised funds, ”he said. “They’re both out of recovery. They got their apartment back, they got their three children back, they work and love life, sober and clean.

Those interested in becoming a Three-Tower Hero can contact Lawrence with any questions at 250-859-1397, or by email at [email protected] Participants will receive two group training sessions per week – Monday and Wednesday from 6:30 p.m. to 7:30 p.m. near downtown Kelowna – until the October 9 event. Lawrence says if those dates don’t work out for someone who is interested, he’s willing to work with them to make it work.

Participants are encouraged to raise $ 1,500 through various fundraising initiatives.

“I keep in touch with so many people across the community who have done this and found it to be such an amazing experience,” said Lawrence.

“All this group that comes together without knowing each other, they bond in this backyard… And I think that’s the intensity of the sport. When you spread it like that and watch all of these amazing people go through this intimidating training, you can’t help but admire them.

“So when I see people coming in from the community, like starry eyes, having no idea what they’re doing, then muscle up through that thing and come out the other side with their hands up, c ‘It’s incredible.”