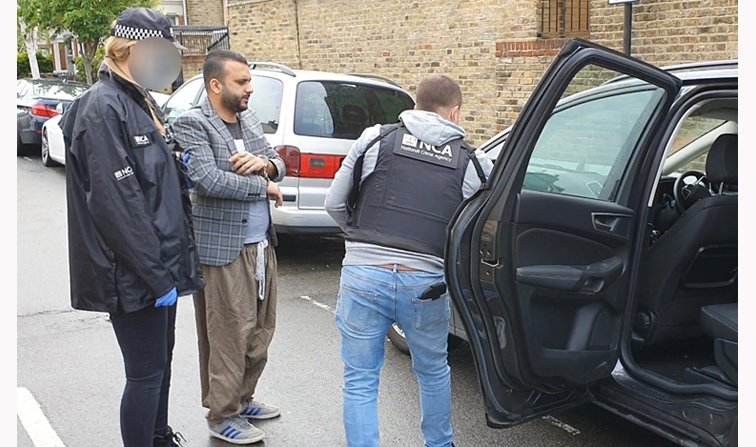 A high-ranking member of an organized crime group believed to be behind the transport of hundreds of migrants to and from the UK has been jailed for nearly two and a half years.

Noor Ullah, 29, from Church Lane, Leytonstone, was arrested in a series of National Crime Agency raids in east London in May 2021 which dismantled a well-established smuggling ring.

He had been identified by the NCA as a key member of the criminal group with links in Europe and Asia. Using a network of predominantly Romanian lorries, the group transported migrants across the Channel from France to Kent or vice versa.

Ullah initially denied the charges, but on the first day of his trial he pleaded guilty to conspiracy to smuggle people out of the UK.

He was today sentenced to two years and five months in prison at Snaresbrook Crown Court.

NCA lead investigator Chris Hill said: ‘Smugglers like Ullah don’t care about security or border security – that was evident from the fact that the criminal group he was part of was happy to helping people wanted for serious criminal offenses to try and flee the UK.

“The group used both accomplice drivers and some whose trucks were broken into and who therefore had no idea they were transporting migrants. They were looking to maximize their profits by ensuring the trucks transported people in and out of the UK.

“We are determined to do everything we can to target, disrupt and dismantle criminal gangs involved in organized immigration crime, and this investigation is just one example of many that show us that we are doing so.”

A second man arrested in connection with the same investigation, Mohammed Mokter Hossain, 52, of Gaynes Hill Road, Woodford Green, has pleaded guilty to conspiring to move people into and out of the UK. He is to be sentenced following a Newton hearing which is expected to take place in May.

Anyone with information about this type of illegal activity, especially truck drivers who we know can be approached by organized criminals, should call their local police on 101 or contact the charity Crimestoppers anonymously on 0800 555111.