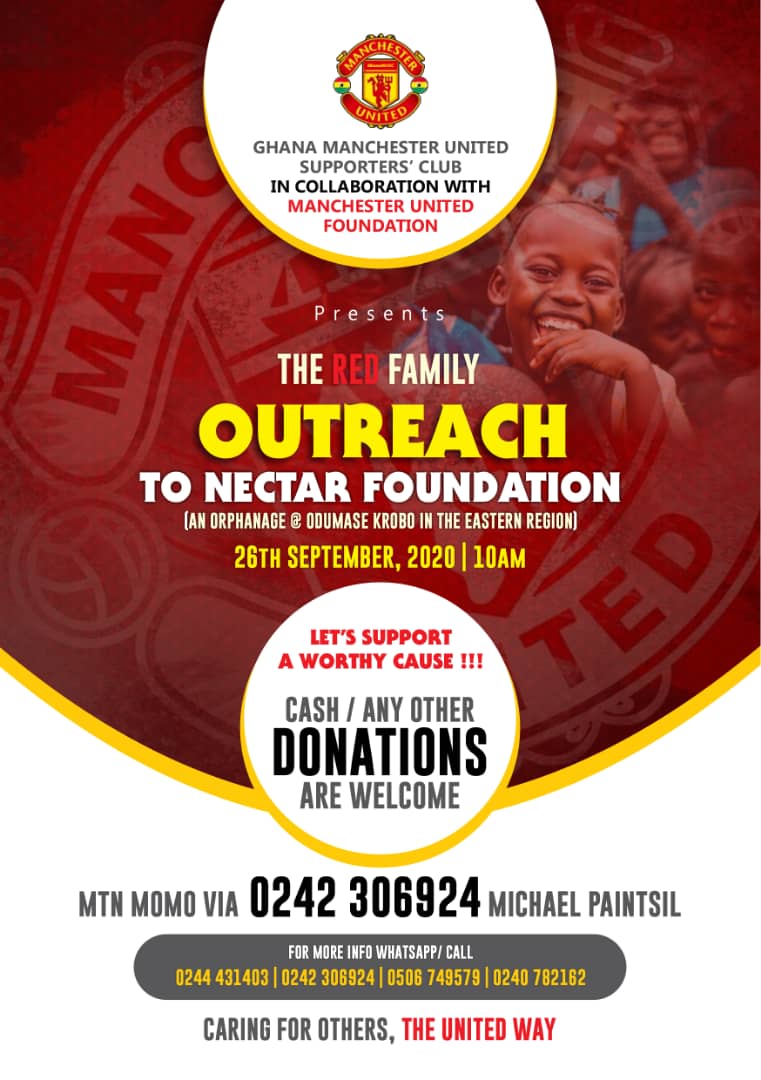 “We are delighted to announce that the Manchester United Foundation has approved our Nectar Foundation charity project and has decided to partner up to make this project a success.

As we did last year for the Dzorwulu Special School, GhanaMUSC will this year, in collaboration with the Manchester United Foundation, make a donation to the Nectar Foundation to help the foundation meet the needs of children in these times. difficult.

“We have seen the realities that COVID-19 has brought to our society and to the economy as a whole. People find it difficult to get their daily bread and other essentials that they need in their daily life. In these devastating times, collaborations are very important and so we are happy that the Manchester United Foundation is joining us on this project and we would also like to call on other stakeholders to join the team. We are stronger together and we can surely change the lives of these children, ”said President Samuel Anim Addo.

Currently, GhanaMUSC has 1,512 members and is looking to welcome more members after being officially recognized by Manchester United Football Club.

All profits from contributions from members and supporters will be donated to the cause of the Nectar Foundation scheduled for September 26, 2020 in Nuaso, Odumase Krobo.