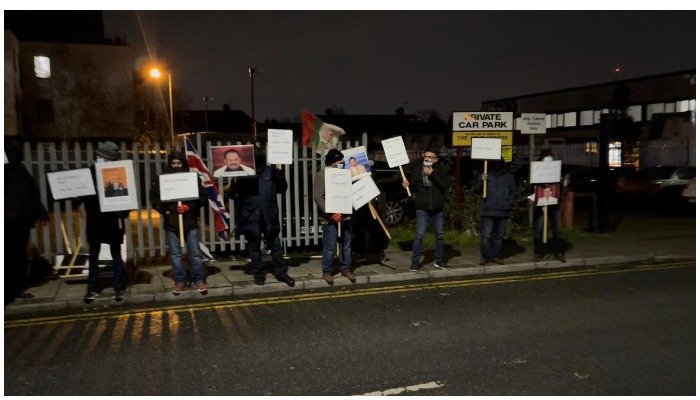 LONDON: Supporters of London’s Muttahida Qaumi Movement (MQM) have thrown ink on Tariq Mir, former senior leader and head of the Treasury of MQM, at a charity fundraiser held under the banner of the charity challenged called Society of Unwell and Needy (SUN).

According to a report published in The news, the charity event near Edgware was organized by Tariq Mir, who controls the SUN association and refused to hand over control of the association to MQM founder Altaf Hussain.

Supporters of the founder say Tariq Mir and the late Muhammad Anwar “betrayed Altaf Hussain and occupied party resources”. Tariq Mir denies all of these allegations and says he is acting within legal limits, stating that “charity belongs to the people of MQM and not to a few individuals”.

The event was organized to raise funds for educational projects in Karachi and elsewhere. About five MQM-London workers bought tickets and sat inside the hall. More than halfway through the event, three of them surrounded Tariq Mir as he emerged from the toilet and threw ink on his face and clothes – and fled the scene. The police immediately arrived on the scene and filed a complaint.

Police arrived after an emergency call and protesters were barred from entering the site but were allowed to demonstrate across the road. Family members of many former MQM activists, including the family of the late Muhammad Anwar, also attended the fundraiser.

The protesters alleged that Tariq Mir had “illegally taken over the charity SUN and was in control of tens of thousands of books that were donated to the charity in the name of Altaf Hussain, the founder of MQM”.

They said the dispute over the SUN charity was in court and the fundraiser should not have taken place.

Earlier, the MQM founder alleged that Tariq Mir had illegally occupied the SUN charity and his apartment near Burnt Oak Broadway.

The problem started when Tariq Mir announced that he had taken Shumaila Imran Farooq’s case to a local court in Edgware, telling the court that he wanted to transfer ownership of 221 Whitchurch Lane, owned by the charity SUN , in Shumaila.

Dr Imran Farooq’s widow lives in a one-bedroom apartment with her two sons. She is suffering from cancer and she has confirmed that the MQM factions – both London and Pakistan – are not helping her.

Altaf Hussain had asked Tariq Mir to transfer ownership of the SUN charity to his name, but Mir refused and told him he would be committing a crime, in violation of Charity Commission rules.