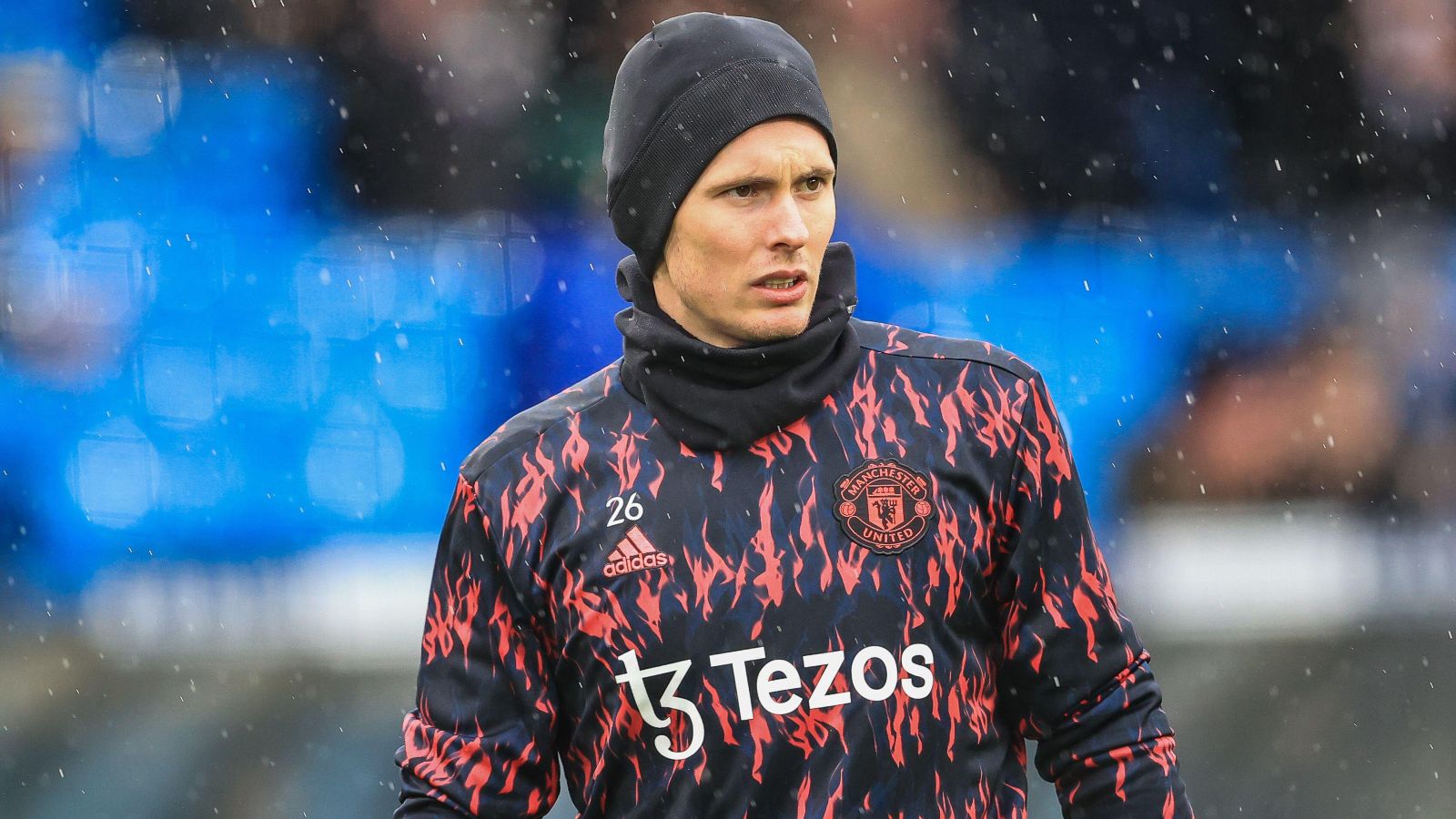 Nottingham Forest are close to agreeing a deal to bring Dean Henderson on loan from fellow Premier League side Man Utd, according to reports.

Henderson looked set to replace David de Gea as the Red Devils’ new number one at the end of the 2020/21 campaign, but the Spaniard moved ahead of him at the start of last season to reclaim his undisputed starting spot .

There has been a lot of speculation that he could leave Old Trafford during the summer transfer window with Newcastle heavily linked with the former Sheffield United stopper.

But it now looks like Nottingham Forest have won the race to sign him with sky sports journalist Dharmesh Sheth insisting the newly-promoted side are ‘close to agreeing a deal to sign’ Henderson, who played just three games last season.

It will be a ‘£20million loan with option to buy’ next summer and Man Utd will ‘pay part of the wages next season’, Sheth adding that ‘Forest are showing great ambition – talks led by Miltiadis Marinakis, son of owner Evangelos.

Meanwhile, former Aston Villa boss Alex McLeish believes Man Utd should sign Christian Eriksen “in the blink of an eye” with the Denmark international available on a free transfer.

McLeish said Football Insider“For me, it’s obvious. If they can get Christian, take him in a heartbeat.

“I still think United are spot on and are fading a bit. With the manager there have been players that Man United have been linked with and I think: ‘No’.

“I just don’t see any progress for Man United in that respect when I see some of the names linked to them. That’s what Ten Hag will find to be the hardest part of his career and life, recruitment.

“If he and the scouts don’t sign the guys who can take Man United to another level, I’m sorry, it’ll be the same old, the same old. We’ve seen that over the last five, six years, or let me go back even further, from Sir Alex (Ferguson).”