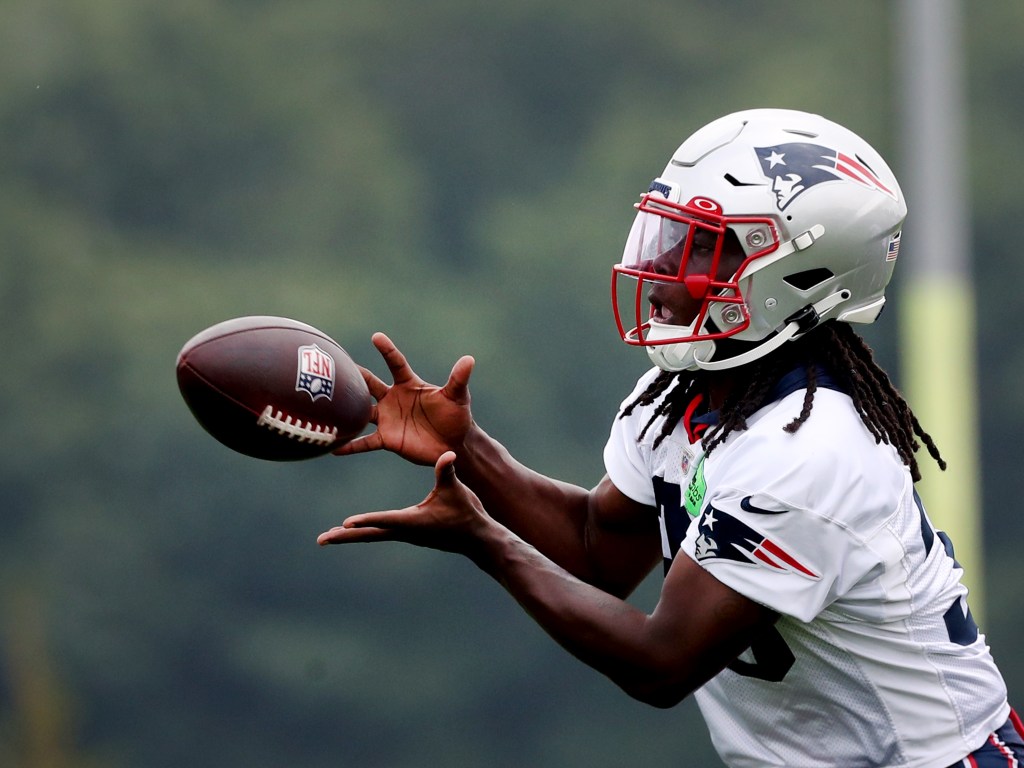 FOXBORO — Without Rhamondre Stevenson, the potential loss of a longtime captain and offensive stalwart should be much worse for the Patriots.

And yet, after two training sessions, Stevenson, who could replace James White as the team’s third back, seems perfectly suited for the role.

The former fourth-round pick leads the team in catches in team drills and is tied for the lead in targets through two practices. Stevenson said he lost weight this offseason and now weighs 225 pounds. He previously shared that he spent much of the spring honing his skills as a pass catcher and pass protector.

Stevenson caught 14 of 18 passes as a rookie for 123 yards. Since then, his work has paid off.

“Certainly I feel a lot more comfortable running down the roads and catching the football,” Stevenson said Thursday. “I did a lot of things: run routes, improve with my hands, protect passes.”

Meanwhile, White remains on the physically unable to perform list as he continues to recover from the hip injury he suffered last September. In March, White said he had been confined to his bed for months. According to ESPN, the 30-year-old appeared to walk with “an uncomfortable gait” at a charity event earlier this month.

White has been the Patriots’ third main guard since 2014 and was honored as a member of the franchise’s All-2010 team. He looked set to bounce back from a dwindling 2020 campaign last season, when he caught 12 passes for 94 yards and rushed for 38 yards in more than two games.

It is unclear if/when White will return to full participation in training. Until then, it will be up to players like Stevenson, third-year reserve JJ Taylor and rookies Pierre Strong and Kevin Harris to take runs and catch passes behind starter Damien Harris. And so far, based on his production and training time, Stevenson is on the front line.