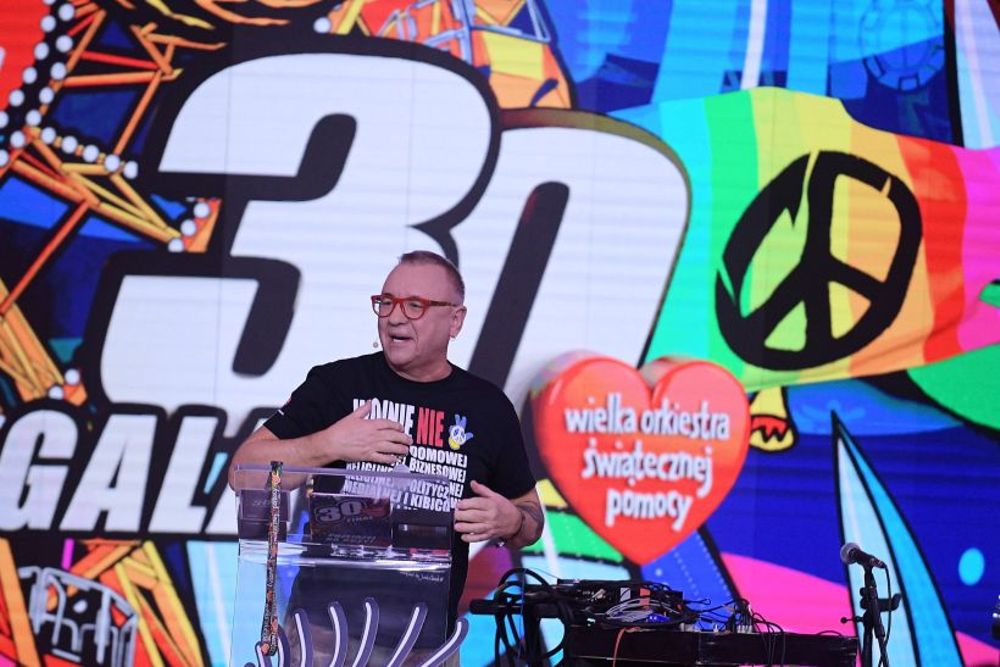 The funds raised will be used to buy ophthalmology equipment for children. This year’s grand finale, the 30th, was held on January 30 under the slogan “Open your eyes”.

At the event’s celebratory gala in Warsaw on Wednesday, Owsiak summed up three decades of WOSP, thanking the people and institutions that had taken part in the project.

“We showed people that by getting organized they can do amazing things,” Owsiak said, adding that the total funds raised this year were PLN 13.5 million (€2.91 million). ) more than last year.

More than half of the total was collected online and 42% came from street collections.

One of the fundraising activities this year was a charity auction by e-commerce site Allegro, in which a racket belonging to Polish tennis star Iga Swiatek was among the items sold, as well as a session training with Swiatek.

The auction raised more than PLN 37 million (€7.98 million) for the charity.

Owsiak also said at the gala that WOSP will support Ukraine, with 460 medical equipment for Ukrainian hospitals.