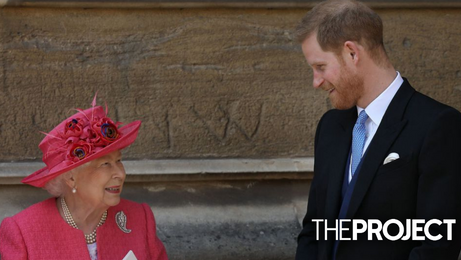 The Duke of Sussex paid tribute to the Sovereign’s service during her 70-year reign, as well as the Queen’s role in her life as a “grandmother”.

“Grandma, as this latest parting brings us great sadness, I am eternally grateful for all of our first encounters – from my earliest childhood memories with you, to meeting you for the first time as Commander-in-Chief, to the first moment you met my darling wife and hugged your beloved great-grandchildren,” he said.

“I cherish these times shared with you and the many other special moments in between. You are already greatly missed, not just by us, but by the whole world.”

He praised her “unshakable grace and dignity” and commitment to duty, saying she was admired and respected around the world.

“We too are smiling knowing that you and grandfather are reunited now, and both at peace,” he said, referring to her 73-year-old husband Prince Philip, who died the year last.

“Thank you for your commitment to service.

“Thank you for your wise advice.

“Thank you for your contagious smile.”

Prince Harry also acknowledged his father’s accession to the throne.

“In terms of the first meetings, we now honor my father in his new role as King Charles III,” he said.

Prince Harry was back in the UK with his wife Meghan Markle, Duchess of Sussex, coincidentally for charity events at the time of the Queen’s death.

King Charles III mentioned the couple in his first speech as king.

“I also want to express my love for Harry and Meghan as they continue to build their lives overseas,” he said.

Plans to open a personal training studio in Rhosnesni