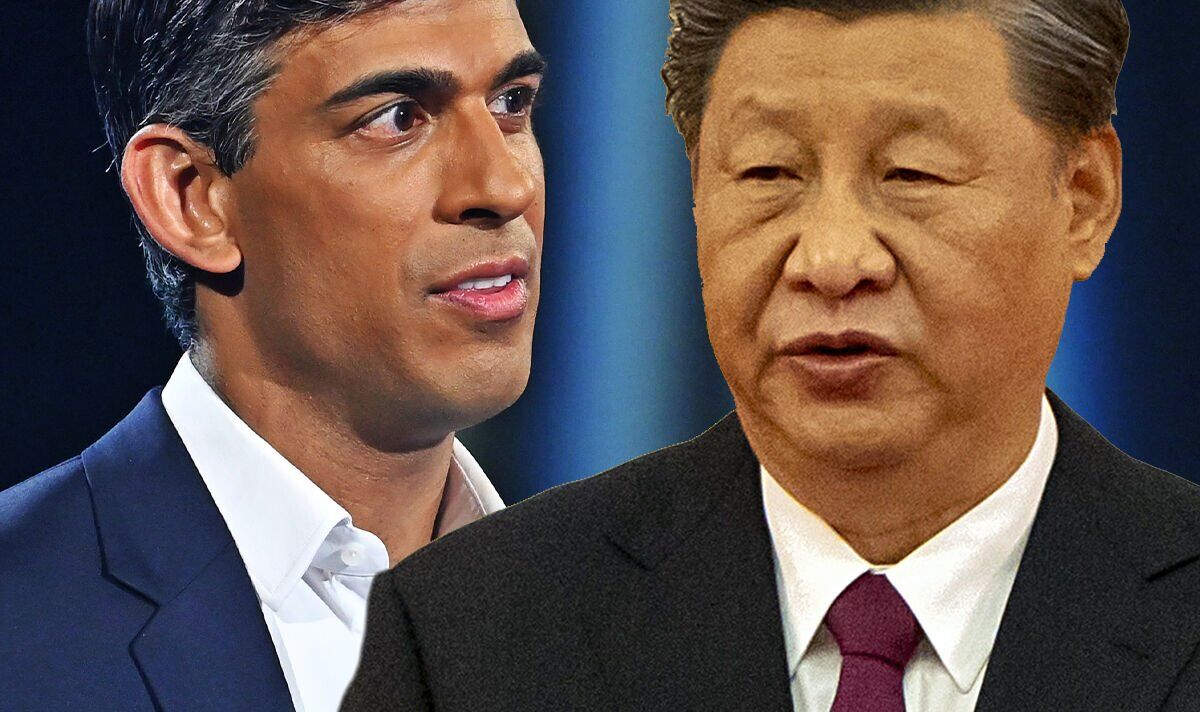 In a hard-hitting plan, Mr Sunak pledged to ban China from much of British life, including the establishment of Confucius Institutes in British universities.

The institutes came with large donations, but have long been seen by security experts as a way to access British and Western data and influence academia.

Mr Sunak also wants a NATO-style alliance to confront the threat from China and will look into the case of banning China from buying or investing in key British assets which could include nuclear power.

Mr Sunak said: ‘China is the biggest long-term threat to Britain and the world’s economic and national security – as the Director General of MI5 and the Director of the FBI have said.

“At home, they steal our technology and infiltrate our universities. And abroad, they support Putin’s fascist invasion of Ukraine by buying up his oil and trying to intimidate their neighbors, including Taiwan.

He continued: “They burden developing countries with insurmountable debt and use it to seize their assets or hold a diplomatic gun to their head. They torture, detain and indoctrinate their own people, including in Xinjiang and Hong Kong, in violation of their human rights. And they have continually rigged the world economy in their favor by suppressing their currency.

“Enough is enough. For too long politicians in Britain and the West have rolled out the red carpet and turned a blind eye to China’s nefarious activities and ambitions.

“I will change that on Day 1 as PM. I will prevent China from taking over our universities and provide UK businesses and public institutions with the cybersecurity they need. And I will work with President Biden and other world leaders to transform the West’s resilience to the threat posed by China.

READ MORE: The leadership race has left the Tories in a toxic divide

His plan to use MI5 spies for businesses and universities aims to protect British intellectual property from theft by the Chinese Communist Party.

This is also linked to his intention to ban 30 Confucius Institutes in the UK.

Mr Sunak would implement the amendment to the Higher Education Bill which requires UK universities to disclose any overseas funding partnerships worth more than £50,000.

It would also conduct a review of any Anglo-Chinese research partnerships that unwittingly help China’s Made in China 2025 strategy dominate future technologies or have military applications.

Have your say: Do you think Boris should return as Prime Minister? [REACT]

His plans for a NATO-style alliance against China are based on the need to defend the UK against a growing number of cyberattacks from the country and its allies.

Last year, the UK led the international community in condemning the Chinese Communist Party’s global cyberattacks targeting people all over the world.

Under Mr Sunak’s plans, the UK would help lead the world by creating a new alliance to resist Chinese technological aggression.

This will build on our existing security partnerships with democratic nations, such as Five Eyes and AUKUS.

Given that there is evidence to suggest that China has targeted countries ranging from the United States to India, Rishi is confident that he can create a broad alliance that includes countries all over the world.

During the debate on ITV, Mr Sunak’s rival, Liz Truss, openly questioned him about his attitude towards China.

He said, “This ‘tough on China’ announcement is surprising. After all, for the past two years the Treasury has been pushing for an economic deal with China. This despite China sanctioning myself and 4 British parliamentarians.

“Despite China’s brutal crackdown on peaceful democracy activists in Hong Kong, the threat from Taiwan, the illegal occupation of the South China Sea, the genocide of the Uyghurs, and its growing influence in our universities.

“After such a litany, I have a simple question, where have you been for the past two years?”