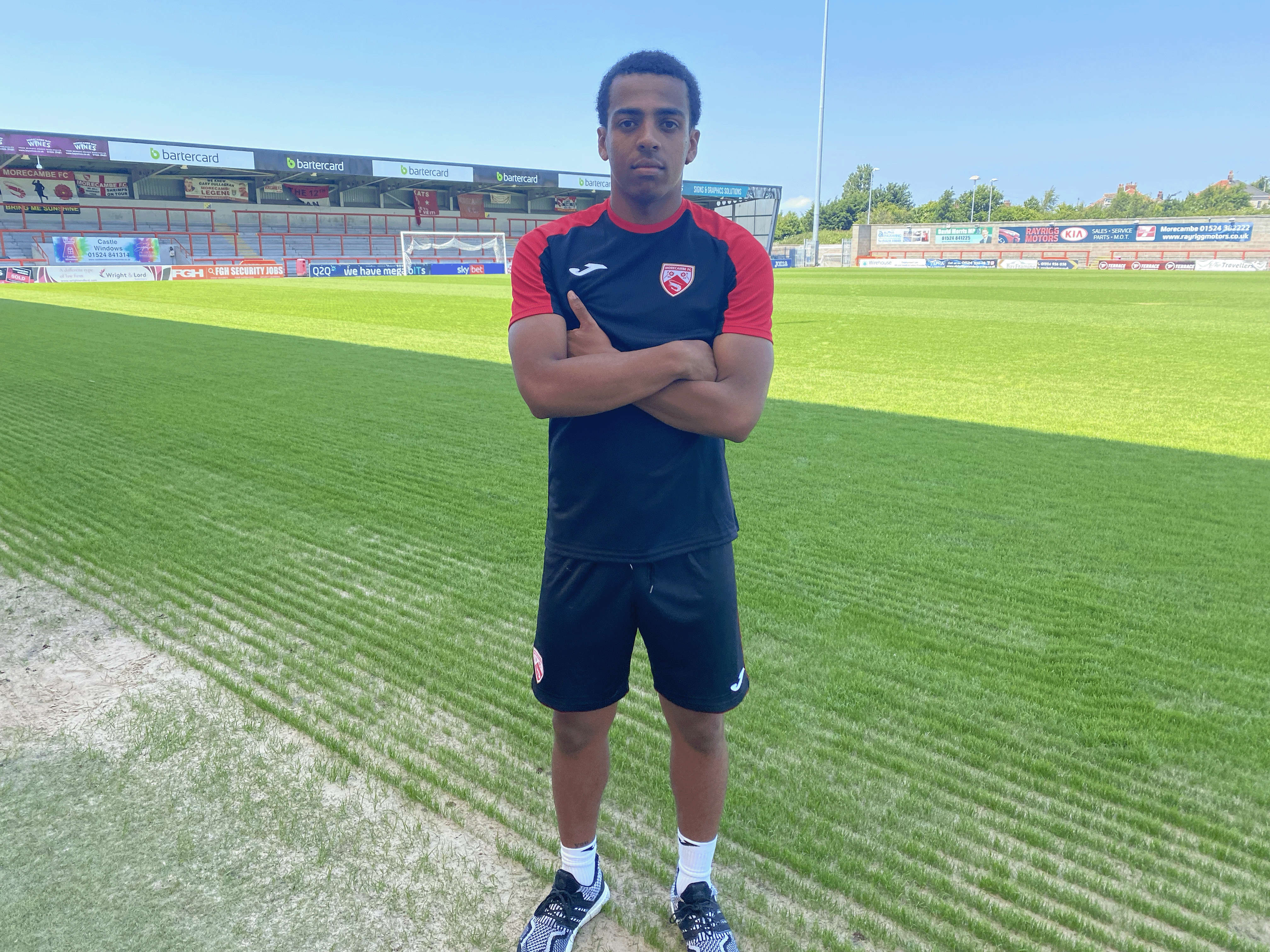 Shrimps signs Australian midfielder on loan for the season

Morecambe Football Club have confirmed the signing of midfielder Caleb Watts on a season-long loan from Premier League side Southampton.

The Shrimps moved quickly to secure the 20-year-old’s signature, and he will join the team immediately.

Watts made his professional debut in January 2021 as Southampton beat Shrewsbury Town in the Emirates FA Cup.

A week later, the midfielder made his Premier League debut, replacing Danny Ings in Southampton’s loss to Arsenal, in turn becoming the 52nd Australian to play in the English Premier League.

The 20-year-old spent time on loan at Crawley Town in League Two last season and also represented Australia at U17 and U23 level. He also represented his country at the 2020 Tokyo Summer Olympics, playing in all three Olyroos group stage games.

“I can’t wait to get started,” Watts said. “I’ve heard a lot about the club and I’ve been on the pitch and I really like what I see.

“I heard about the interest and spoke to the gaffer, I really like what he had to say, I thought it was an interesting project and now that I’m here, I can’t wait to start.

“My time at Crawley Town was frustrating and short, but playing in front of a crowd has made me really excited for what’s to come and can’t wait to taste more of it.

“Playing in high-pressure games against different cultures on the international stage has really helped my development. In England you play against teams who have very similar approaches, but when you play international football you are exposed to different styles. different.

“Fans can expect energy from me, I like to push forward and shake things up for the team, I like to think I’m pretty exciting to watch.”

Shrimps boss Derek Adams added: “I am delighted to add Caleb to the team, his attacking and energetic style of play will add a different dynamic to our squad.”