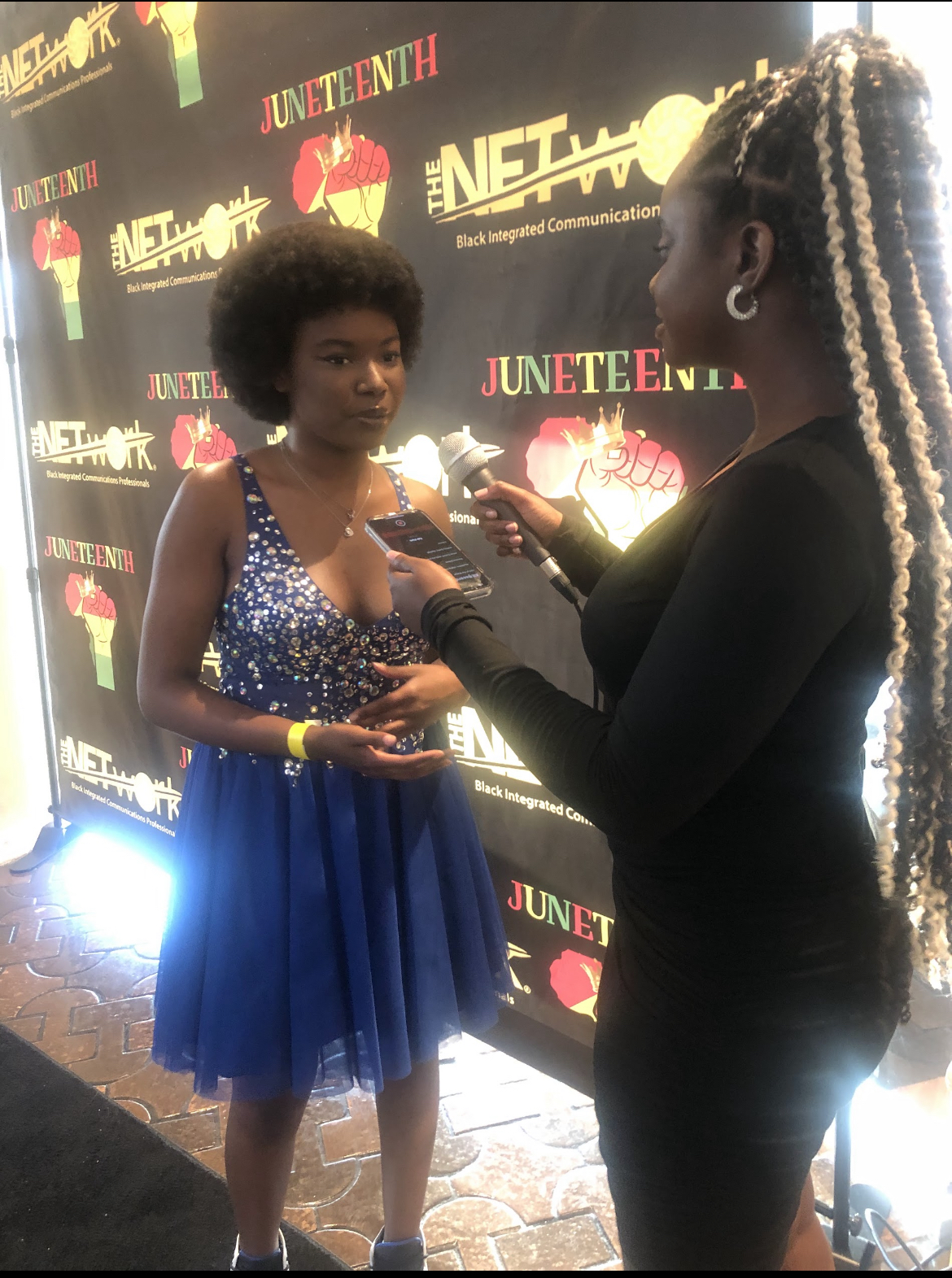 Each student received a $1,500 scholarship for future education, totaling the amount of this year’s scholarship distribution to $6,000. These students not only possessed a passion for change, but showed a desire to use their talents to impact those in their communities.

Arianna Jenkins is one of this year’s fellows and she plans to major in textiles and apparel at the University of Texas at Austin this fall. Jenkins graduated from Judge Barefoot Sanders Law Magnet where she participated in extracurricular groups such as Link Crew and Moot Court, became student body president, established her high school’s student justice system, and participated in several fashion shows, including New York Fashion Week.

“I’ve always really wanted to be more involved, and I’ve tried a lot to get my family to know more and move from celebrating July 4 to June 16 since it’s our birthday,” Jenkins said. .

This year’s theme, Stepping Into Royalty, correlated with guest attire, formal black tie, with various sneaker choices. Guests were treated to a red carpet path entering the building, and inside tables were decorated with sneaker centerpieces and framed photos of The NETwork DFW executives who helped organize and handle the event.

“Juneteenth is such a pivotal time here in Texas,” said LaDrica Derrico, CEO of The NETwork DFW. “We have to do it big. People are in their beautiful costumes with their flying kicks.

Guests also had the option of using the event’s custom backdrop for photos as well as the 360 ​​photo station provided by Picture Perfect 360 Booth.

With music provided by DJ She Real, guests enjoyed a range of Southern-influenced dishes prepared by Our Door to Yours Catering, including deli cuts for appetizers, a choice of herb roast chicken/fried chicken or a southern-style meatloaf for the main entrée, and collard greens with smoked turkey and macaroni and cheese with honey-buttered cornbread on the side. Desserts included 7Up Cake and Peach Cobbler.

Some of the highlights of the event consisted of a musical performance by Officially R Nezz, a keynote address by keynote speaker Dr. David Woody III of the Bridge Homeless Recovery Center, and an interactive African dance by Bandan Koro.

“Even though we are aware of our pain, we must also immerse ourselves in the dark joy that we often experience,” R Nezz officially stated.

During the first selection, she came down the stairwell singing a slower tune. Once on the first floor, she sang a more upbeat song where she moved through the tables and lifted the crowd.

The program took a significant turn towards the message of Dr. David Woody III focusing on the history of Juneteenth and the future generation which highlighted the achievements of the four honored scholars.

“I think back to when I was growing up and really didn’t have access to that kind of experience, and the fact that we see African American leaders coming forward to talk about their experience and wanting to mentor students. and making sure people get the proper recognition for the hard work they do, I think that’s really important,” Woody said.

Woody is currently President and CEO of The Bridge, which is the largest provider of day shelters, and has held this leadership position for seven years. AT&T in Dallas has partnered with The Bridge by providing resources and support such as volunteers and technology.

Although he’s never been to an event like this, Woody made sure to wear his best shoes, his purple and yellow Lebrons, to show the significance of the event.

“I thought, in terms of the African-American experience, we’re brilliant and we’re flashy when it comes to this kind of event,” Woody said. “So going to the best of my closet was really exciting.”

The event turned into a moment of jubilant movement involving African dance, music and culture. With the high-level dance moves to the rhythm of the drums, the crowd was not only excited but motivated to participate.

People had the opportunity to drum and gather on the dance floor to learn an African dance.

Everette Early, one of the fellows, was on the dance floor, which was something new for him.

“Today was the first day I really danced the African way,” Early said. “Honestly, with the drums and the music, it was all a cultural vibe, and it really takes you back to your roots.”

Early attended Hillcrest High School Collegiate Academy where he participated in organizations such as Boy Scouts of America, Key Club, National Black MBA Leaders of Tomorrow and National Society of Black Engineers Jr. Chapter. He plans to study electrical engineering at Prairie View A&M University and focus on working with sources such as renewable energy, and he wants to show other African-American students the range of options for their life.

“I want to show them that we are more than us as a people and that we could achieve more than anyone else if we really put our minds together and all connect to help each other grow,” said Early.

Throughout the night, these four high school graduates received lots of encouragement and congratulations, especially with an understanding of their intentions for the good of others.

Brewington, a graduate of Plano East Senior High School, plans to go to Howard University to major in finance with a concentration in actuarial science. In high school, Brewington made it a goal to be active throughout high school by participating in groups such as the National Beta Club, Chamber Orchestra, and the school’s International Baccalaureate program.

Brewington wants to be involved in the insurance industry, where he will find ways to narrow disparities for those less fortunate.

“I will be working in the field of insurance to help address some of the inequities that currently exist in our system in terms of insurance, particularly towards African Americans and low-income people in specific ZIP codes,” said Brewington.

Crawford went to Rowlett High School and developed passions for kickboxing, cross country, reading, football. He has also been part of groups such as the National Honor Society and the Black Student Alliance, where he served as Vice President. He will go to Texas Southern University and participate in the honors program to become a civil rights attorney. From there, he will move on to the Thurgood Marshall School of Law.

“This award means a lot to me. My family has done a lot to get to where we are now and those four years are really starting to pay off,” Crawford said. “Honestly, it’s a great feeling to know that you’re one step closer to financial freedom.

To donate to The NETwork DFW to help fund future events and activities, click here.