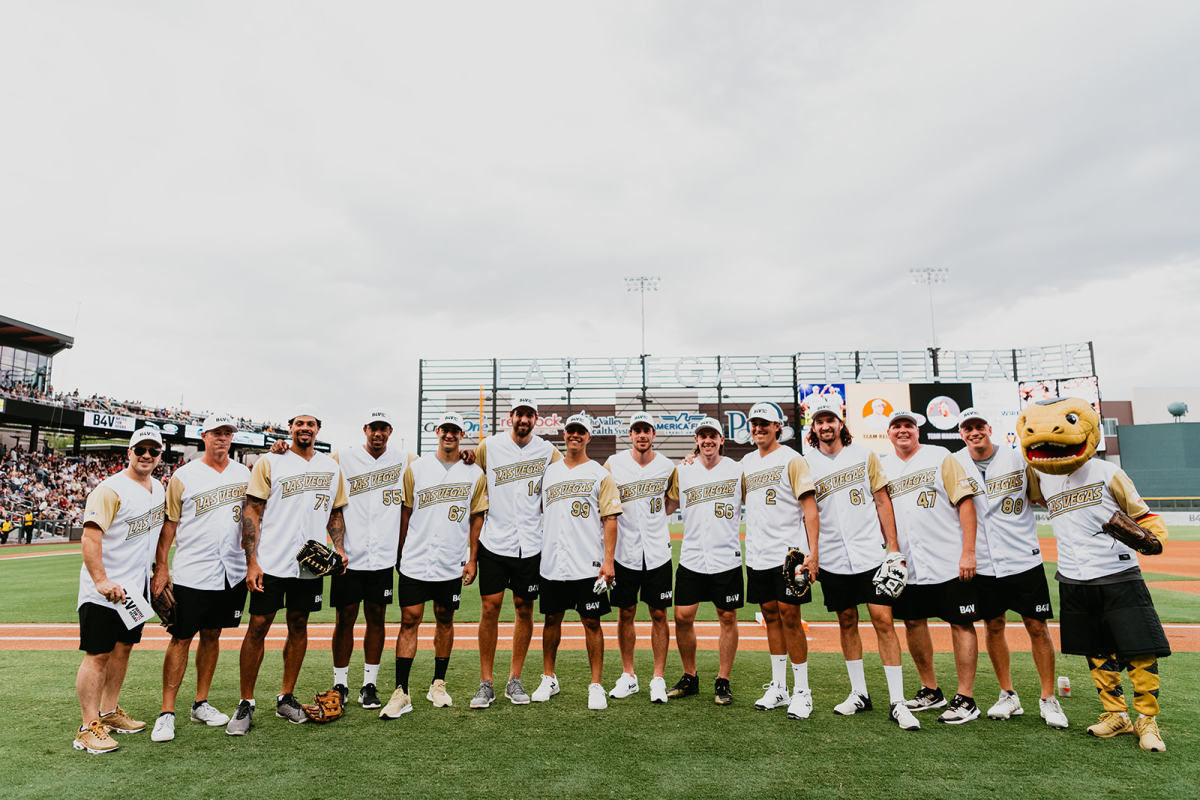 The third year Battle for Vegas A charity softball event was held at the Las Vegas Ballpark on Monday.

For the first time, Reilly Smith and representatives of the Golden Knights beat Josh Jacobs and the Las Vegas Raiders, 27-20.

Vegas forward William Karlsson was named MVP of the game.

“I can’t go 0-3,” Smith said with a smile when speaking to the media on Thursday. “I’m sure it won’t be a great title. But realistically, we’re super excited. I couldn’t be prouder that this is the third year we’ve done this, and we’ve raised so much money for families in need. So hopefully everything will go well. The move to Monday nights was a bit of a shock for a lot of people. But [I’m] super excited, and can’t thank the support from my teammates and the Raiders and everyone else who put on the event [enough].”

This year’s event raised $200,000 for local charities, according to the Golden Knights.

Fans were treated to a fireworks display to cap off the successful evening.