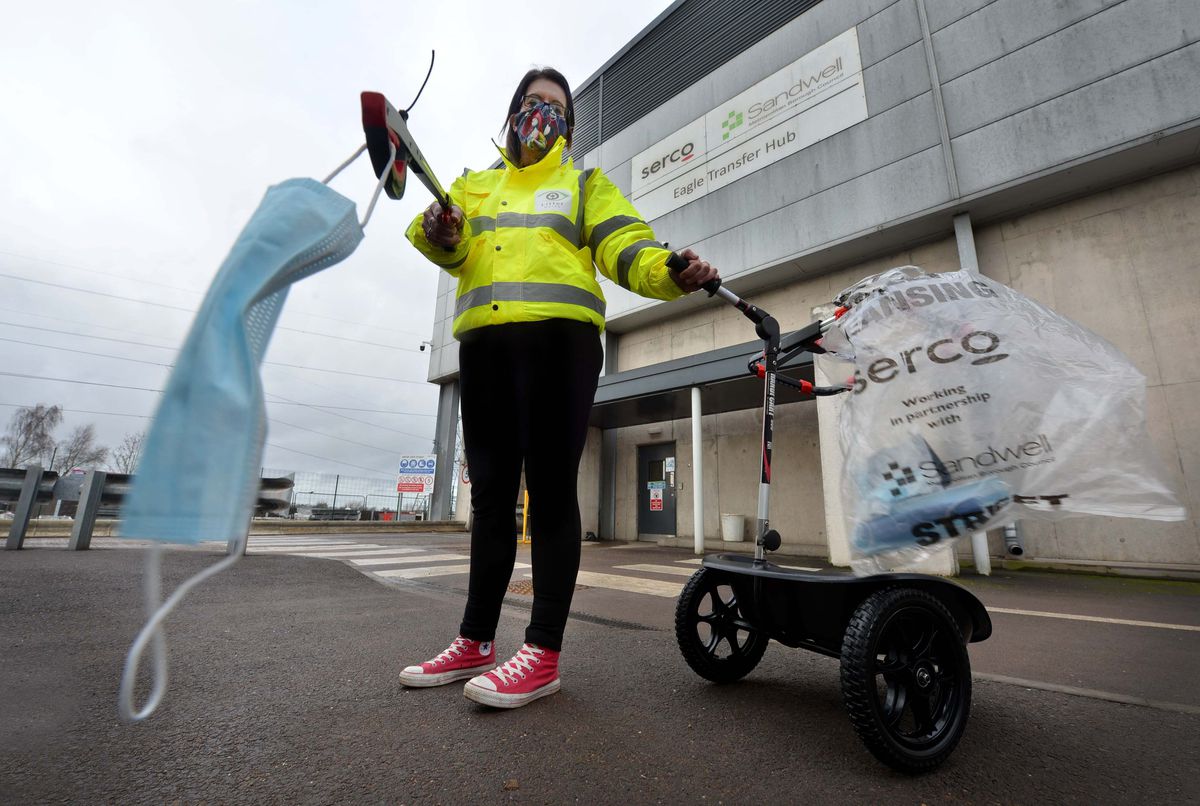 Founded by the late Councilor Bob Lloyd in 1997, the charity has worked tirelessly throughout the pandemic to clean the streets around the community.

CEO Alicia Wingfield said the charity has started to focus on collecting and storing used face masks due to the increasing amount being discarded.

She said: “We have noticed a significant increase in the number of face masks thrown away, first outside supermarkets, then in the bushes and on the canal.

“They are a risk because, first of all, you are wearing them because of Covid and they are near your mouth.

“Also, we see the wildlife entangling there, with the beaks, feet, legs and fins of birds, and how they flow down the canals into sewers and rivers and into the ocean.”

The 55-year-old said groups from the association went out to collect and bag trash every day, with a group she led going through 40 bags of trash in a day.

She said: “What we are asking people to do is wear reusable masks and, along with disposable masks, find a trash can nearby or put it in your pocket and throw it at home. “

She said the number of volunteers has grown significantly over the past year, from 138 in January 2020 to more than 800 in January 2021.

She also spoke about the work the charity has done over the past 24 years to help people raise awareness about the importance of the environment and sent a message to the public.