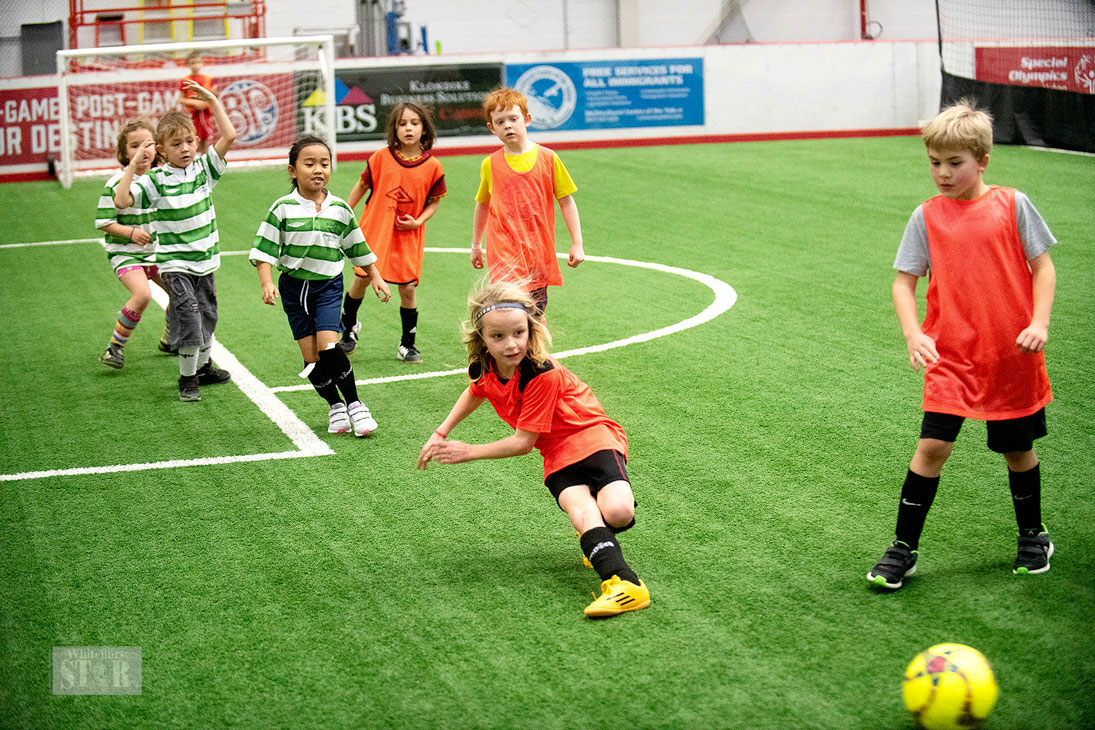 Each player is asked to bring $ 2 or one non-perishable item to the Whitehorse Food Bank. All proceeds will go to the food bank.

Teams from Haines Junction and Dawson City were invited, but declined due to the current COVID-19 situation. Therefore, only teams from Whitehorse participate.

â€œWe had to sort of tweak it a bit, so it’s not really a tournament at all, just because of the capacity limits and trying to keep the number of people at the Canada Games Center down by same time. Families come and go, there is a lot of traffic and congestion, â€said Travis Banks, office administrator for Whitehorse United FC (WUFC).

Each team will have one to two games, depending on the age group and the number of teams in the league.

â€œFor the most part, everyone is going to show up, play a bit, and then come home,â€ Banks said.

There will be more than 20 teams participating in the tournament, depending on the number of players present.

A table will be set on the second floor with a view of the fields. A money deposit box will be on the table to prevent excessive handling of money. The public is also invited to make donations.

â€œThe idea is that we have a practice or a game so that we can get more people interested in these kinds of programs, just to show – if a parent has a three year old and is going to love football and that. ‘is something to look forward to when he turns 10, there’s a training group … things like that, “Banks said.

â€œWe started a program just for girls,â€ Banks explained. â€œIt’s also driven by women. So it’s the first time we’ve done something like this.

â€œThere have been women’s soccer teams, but this is the first all-women’s program. It’s through many ages and we have a group of former local soccer players leading the charge on this group. So that’s really cool. ”

The name of the program is â€œFuturesâ€ and will be another flagship event on Sunday. The hope is to recruit players into the soccer program.

â€œToday you see a lot of it – especially in our older age groups – there’s a lot less interest from the girls side, or if it’s advertised as a co-ed program, not many people get it. sign up, not a lot of girls are on the program, so we think it’s important to try and give them their own space.

â€œTrying to keep girls in sport, and a big part of that is having female coaches as well. So we’re thrilled with that,â€ said Banks enthusiastically.

The travel team showcase is scheduled for Sunday from 9 a.m. to 2 p.m. in the Flexihall.

The Girls Futures program is scheduled for 12:15 p.m. Sunday at the Fieldhouse.