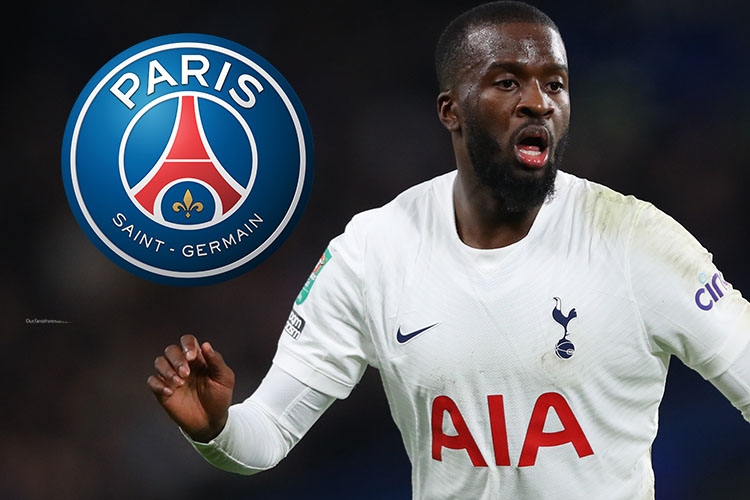 PARIS SAINT-GERMAIN is said to be lining up a loan for Tottenham midfielder Tanguy Ndombele.

Ndombele has been linked with a move after being booed off the pitch in the FA Cup win over Morecambe.

The 25-year-old was left out of Antonio Conte’s last two squads and even trained on his own, according to The Athletic.

The report goes on to claim that former Spurs boss Mauricio Pochettino is keen on a reunion with Ndombele, having signed him from Lyon in 2019 for a club record £63million.

And Ndombele himself is said to be eager to return to France, where he made a name for himself before moving to England.

But with two and a half years left on his contract, no club is ready to splurge on a player who has struggled for both form and fitness.

As a result, a loan move is the most likely scenario, with Spurs looking to get rid of him in this window.

It is claimed that PSG have already tried to sign Ndombele in 2020 and are ‘interested’ in another move for their long-term target.

Pochettino needs reinforcements in midfield, with Georginio Wijnaldum failing to impress since arriving from Liverpool in the summer.

The Dutchman has been linked with a loan move which would free up space for Ndombele to be brought to PSG in his place.

With a massive Champions League draw against Real Madrid on the horizon, Pochettino wants all the help he can get in a bid to lift the trophy which has so far eluded the Parisians.

Spurs are also trying to drum up interest in their outcast elsewhere, having sounded out Juventus as a possible loan destination.

The club are desperate to get their huge £200,000-a-week wages off the books this month.

Ndombele has been linked with Barcelona before but he’s not believed to have shown any interest in him so far in January.

The former Lyonnais has also been linked with a possible meeting with José Mourinho at Roma.

But it is PSG who appear to be the current favorites for his signature.