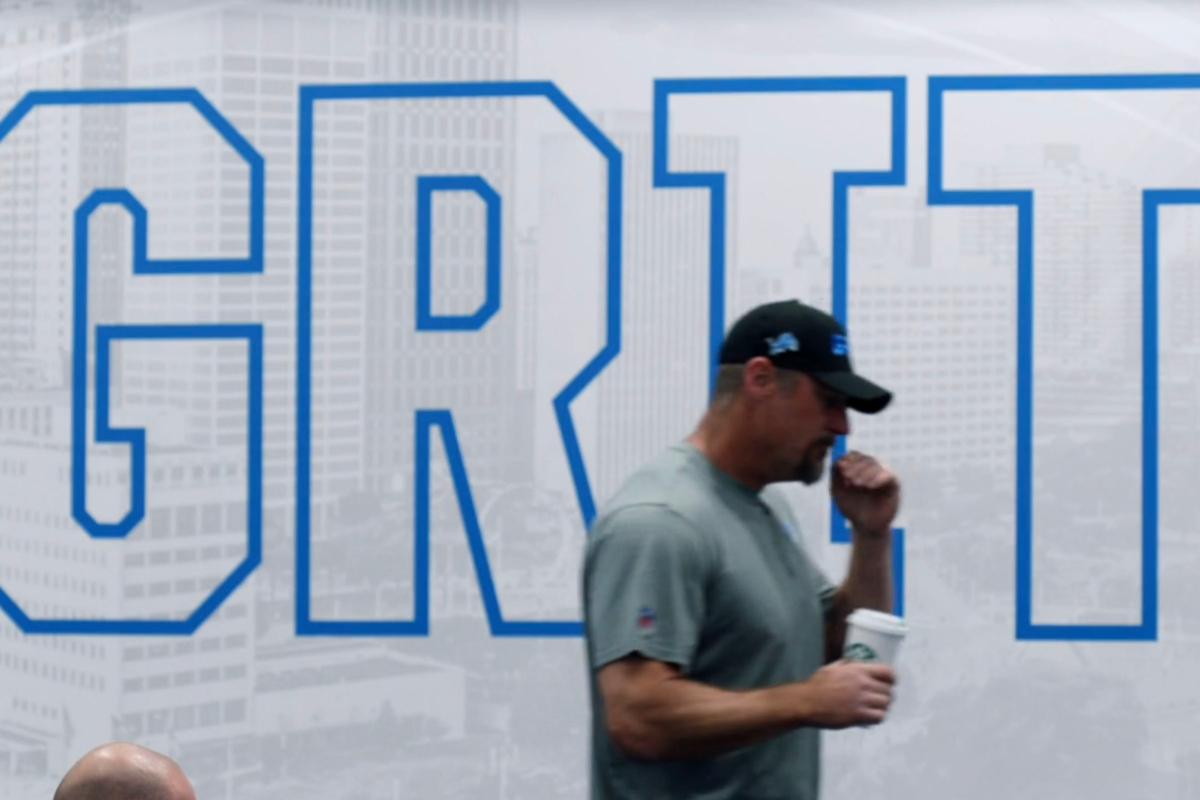 Training camp with the Detroit Lions

Freezing hot. On his junk.

It was a rare moment of levity in the penultimate episode of Hard knocks: Training camp with the Detroit Lions. Running back Craig Reynolds stands on the sidelines in a preseason battle against the Pittsburgh Steelers with a hot mic and hot nuts, voicing an uncomfortable whoopsie for a national television audience. “I got Icy Hot on my nuts by accident,” he says. “That crazy shit.” And you half-expect narrator Liev Schreiber to describe the scenario in his booming voice: “That’s life in the NFL. Sometimes you get an uncomfortable tingling sensation on your balls “- PAUSE FOR DRAMATIC EFFECT -” and you have no choice but to play through it.

Reynolds has been a key character in the last two episodes. He’s the kind of guy hard knocks likes: Not drafted. From a school you’ve never heard of (Kutztown University, a name I promise I didn’t make up). Bounced around a few NFL teams. Inspired by his incarcerated brother. Work hard. Humble. A few skills. Not a clear starter. hard knocks plays on the fact that he’s on the roster bubble, that his performance against Pittsburgh may determine his future. But in reality, we die-hard Lions madmen who read the daily and suffer every cruddy cruddy game every cruddy cruddy season know that the man nicknamed Netflix – still no mention of it here on HBO, notably – is pretty much a lock to make this team. But this is where “reality” separates from “reality TV”. Sometimes you have to create a little drama – PAUSE FOR DRAMATIC EFFECT – to get people watching.

It is the goal of every hard knocks season when the dark cloud of list cuts hangs over everything. Head Coach Dan Campbell and his coaching staff pile into a meeting room and begin moving names around on a large board. They have to reduce 80 players to 53. It’s nerve-wracking. The atmosphere is dark. The facial expressions, jovial in the previous episodes, are sinister. Some of those players they saw getting rid of a grueling training camp will be cut and never play football again. It squeezes your guts. Will Campbell cry? We know he’s a crier. He must cry before all this is done.

Reynolds’ name comes up during the meeting. Running backs coach Duce Staley, the high-energy guy who’s been a real comedic force for this TV show, gets as serious as a Hallmark card: “He’s everything we stand for.” Type five, Craig. High five. Buy this man a beer.

Other names are deliberately not mentioned in these exhausting and intense meetings. Dan Campbell assesses the performance of a fortunately anonymous player in a very Dan Campbell way: “I had three bullshit and two bullshit in the first record alone. I don’t know What he was doing.” In a morning meeting with the whole team, Campbell said the guys on the starting line fall into two categories: talented but untrustworthy, and trustworthy but not everything. quite as talented.He’ll probably go with trustworthy every time.

Do you remember the juggler from last week? Kalil Pimpleton? He’s a good boy. Good attitude. His mom loves him. Is he a trustworthy wide receiver on the field? Hmm. We have a little fun where he meets a professional juggler for a lesson, almost certainly hosted by hard knocks producers. The guy pulls out three giant knives that would cause Crocodile Dundee to mess up his underpants and says that at the end of the day, Kalil will juggle them. “You’re kidding,” Kalil said. He was joking. They stick with balls and clubs.

Another battle brewed this week, between defensive coordinator Aaron Glenn and offensive coordinator Ben Johnson, which wasn’t even mentioned on hard knocks and finally gets some screen time. The O smoked the D in practice thanks to starting quarterback Jared Goff, who played this training camp. And hot. Freezing hot? I don’t know, both descriptors are appropriate. Either way, Glenn fumes in a meeting, chewing on his players’ ass mercilessly. At Johnson’s meeting, he is puzzled. “Glenn wouldn’t even talk to me,” he said.

A few other scenarios to note:

The episode ends on a cliffhanger. The Sword of Damocles hangs over some of these guys: EZ, the Juggler, Mr. Blough, Netflix. (Although it’s not really Netflix. It’s too good.) Can we handle the suspense? Next week, Dan Campbell will have to cut some, and the coach will cry. That’s my chilling prediction, anyway.

John Serba is a freelance writer and film critic based in Grand Rapids, Michigan. Learn more about his work at johnserbaatlarge.com.