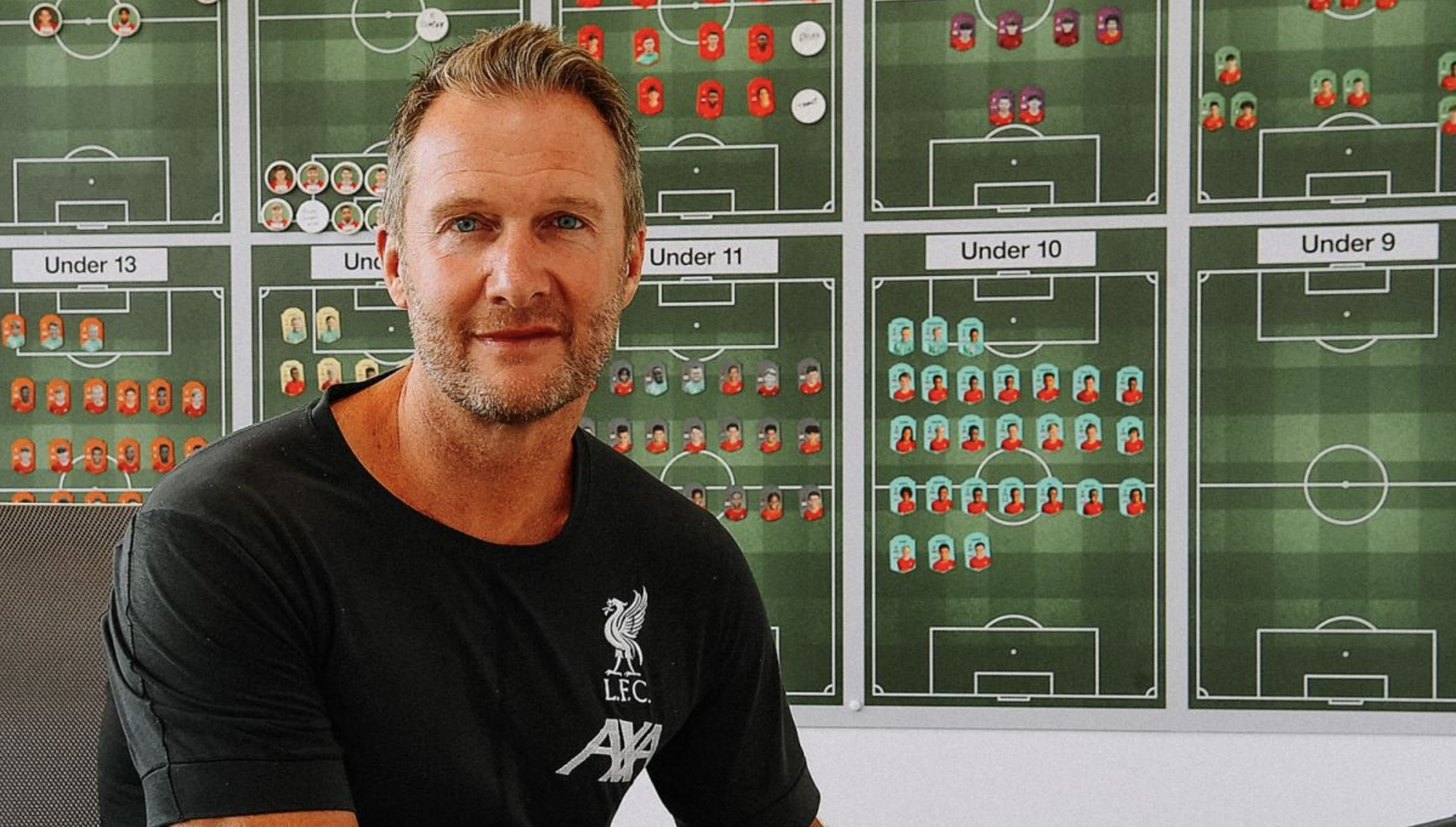 LIVERPOOL Academy manager Alex Inglethorpe has signed a new long-term contract with the club after nearly a decade of service.

Inglethorpe, who will speak at the TGG’s youth development conference on September 20, joined Liverpool from Tottenham in December 2012. He started as Under-21 boss before being named Academy manager in 2014.

Speaking to the official Liverpool website, Inglethorpe said: “I trusted the club from the moment I walked through the door. This is Liverpool Football Club – you have to be careful if you choose to leave.

“The demands placed on an academy manager are significant – we want players to develop as athletes and as people, we want players to join the first team, we want our youngsters to receive the best possible care, support and advice – and again, Alex has proven himself to be a leader in these areas and more.

“In recent years, the progression of Academy talent into the first-team environment and their mark in the wider professional game is testament to the expertise and contribution of our Academy coaches and practitioners to across age groups. For that to happen, of course, a positive work culture has to be in place and under Alex, that has always been the case.

“So Alex extending his commitment to Liverpool made perfect sense. The good thing is that it made sense for him too, which means he can continue this work, which will no doubt be very beneficial for him. us as a club and for the young footballers to whom we have entrusted development.

The value of working at Liverpool’s Kirkby Academy was again clearly evident last season, as graduates Caoimhin Kelleher, Tyler Morton, Neco Williams, Conor Bradley and Kaide Gordon all made an impact with the first team.

Inglethorpe explained: “We are certainly not a charity, we are a business, I don’t hide behind the fact that we have a commercial element to the club and rightly so.

“So the easiest and most linear way to justify our existence is to hopefully create a Trent or a Curtis or a Caoimhin to come into the first team and play their part, which of course means that the first team does not have to buy someone to play this role.

“We are very proud to fill the Football League with players who have come through our academy. It might not be something that shows up on the bottom line of a spreadsheet, but there’s a huge sense of pride when you see boys playing in the Football League.

“Finally there are the boys where football just isn’t for them for whatever reason. We are very proud to hear the stories of boys who are successful in what they do, be it football , industry, education or whatever.

“It’s always a special moment when you see someone put on the jersey and go out. I’ve gotten a little better at enjoying the moment rather than projecting myself and worrying about what’s next, how they’ll fit back into the team, etc.

“I’m probably more moved by how their families will feel because it’s often over 10 years of driving them around four times a week, sometimes with a sibling dragged along as well, sometimes calling in a grandma. or a grandfather as well.

“I think there’s a huge amount of support to get the boys to put on the shirt. We always encourage the boys to recognize the people who have helped them on this journey. It’s still a collection of coaches, different voices along the way.

“This moment is a really magical moment for people – if it’s the best moment of your life as a footballer then that’s fantastic because not many people will be able to say that, it’s really reserved for a few very special people. “

Inglethorpe said his job is also to look to the future and that it will become harder than ever for players to progress from the Academy to the first team.

“So the 18-year-old should do it in a different way. It’s a very good challenge but tough, the level is now so high, the competitions we win, the points the first team gets, the legacy they create. So preparing someone to be able to come in and play there is a much bigger challenge than it was 10 years ago.

Rodrigo Muniz closing in on loan from Middlesbrough