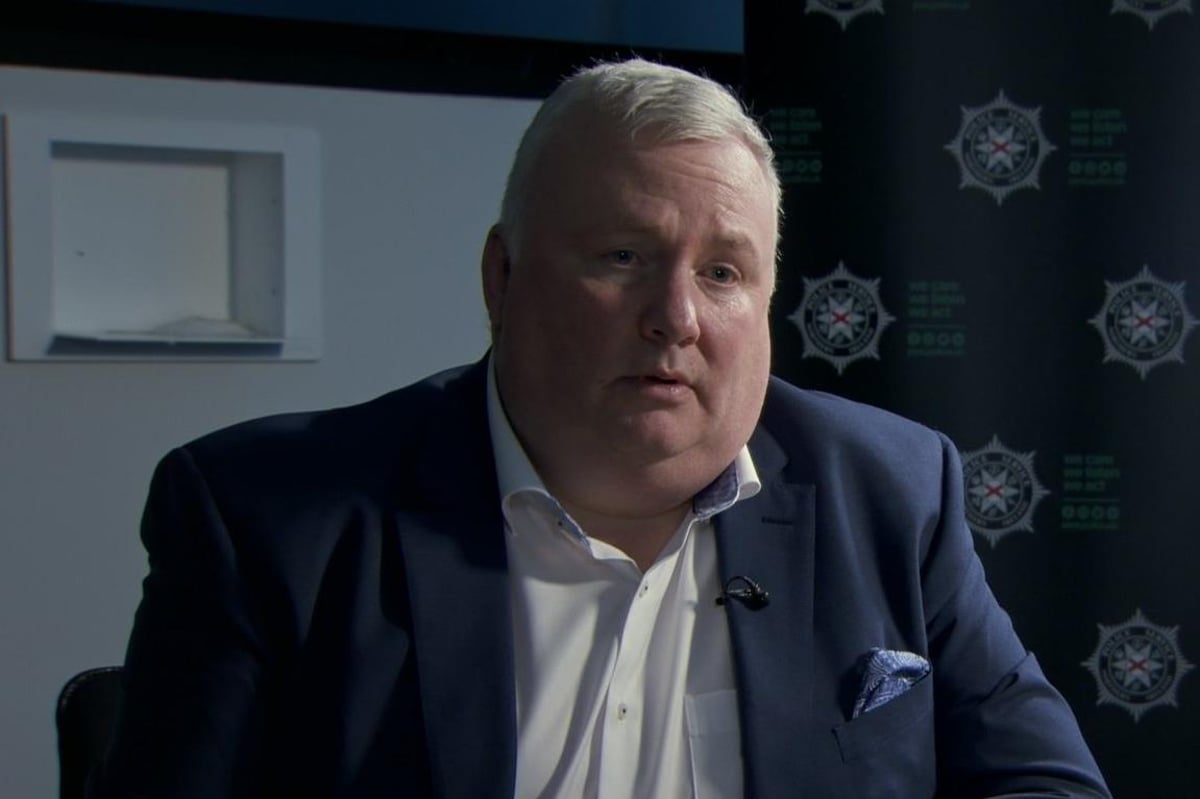 The company made the statement after The Nolan Show reported concerns from a trainee journalist that the training session – provided by an outside transgender rights charity – conflicted with the BBC’s code on impartiality.

Speaking on the show this morning, Stephen Nolan said BBC staff ‘are not protesters, they are journalists and… if these impressionable new young trainees are told at the start of their careers to the BBC to be lobbyists – how is your information unbiased?”

He added: “The BBC admitted on the Nolan Show when we brought this to them yesterday that it is against their charter and editorial rules.”

BBC broadcaster Stephen Nolan challenged the BBC over the material used for trainees.

The outside group that provided the training is a transgender charity that ran a training course for BBC trainees, Global Butterlfies. This reportedly encouraged them to use “their allied magical powers to gain access to influencers and sway politicians,” the Show reported.

Last year, after a special inquiry into Nolan, the BBC stopped paying LGBT lobby group Stonewall for advice after the show raised questions about the society’s impartiality on issues of sex and of gender.

The intern told The Nolan Show he was taking part in a BBC training session on trans and non-binary inclusivity.

“During this session we were told a lot of different points about how allies could somehow use their influence to affect trans rights, and one of the slides was titled – with your magic powers d to be an ally.

“And it wasn’t until we went further on that slide that I realized he was talking about using your influence on politicians to bring about change, which was sort of the main point they were trying to pass.”

The slide stated that the trainees should access influencers, change the opinion of the media and influence politicians.

By this stage, the trainee had already learned the importance of impartiality.

“As soon as you join the BBC, impartiality is hammered into you and how we can’t influence people and you always have to be neutral… so as soon as I saw that I thought – well, how is it unbiased?”

The training slide read, “An ally uses their privilege, whatever it is, e.g. wealth, seniority, ethnicity, connections, social status, etc. to access influencers e.g. leaders, celebrities – changing the minds of the media, influencing politicians, writing or sharing stories and articles and telling people what’s going on.

Towards the end, a slide was shown with a gathering of people holding signs.

The intern added, “And I thought, surely this looks like a protest? And they said “don’t be afraid to protest”. Now at that point, I immediately threw a red flag in my mind because I knew during my impartiality training…that we couldn’t attend protests, it was very clear.

Someone from the BBC was at the training session and at no time intervened and reminded the trainees of their duty of impartiality, he said.

Malcolm Clarke of the LGB alliance told The Nolan Show: “It’s as if the BBC has learned nothing from the complaints about the way they engaged with Stonewall.

At last count, he said there were ten different organizations now coming to the BBC to give advice to transgender people and they were all singing “the Stonewall songsheet”.

He added: “They’re all saying the same thing about the Equality Act, they’re urging all people to take a particular stance on the meaning of biological sex versus gender identity.”

He said his organization feared there was “some kind of pushback from the BBC to continue promoting the same program as Stonewall”.

And he worries that women and gay people who may take a different stance on transgender issues now feel that “they can’t speak out because these groups have now encouraged staff to think that the view of our organization – that biological sex matters. .is transphobic”.

A BBC spokesperson told the News Letter: “This is a voluntary course and includes generic training material provided by a third party, but the BBC’s editorial guidelines are sacrosanct, our staff knows this and understands its responsibilities. The slide in question was not included previously and will be removed for all future sessions. »

JuJu Smith-Schuster bids farewell to Steelers fans at charity event: ‘I love you guys’. I appreciate you guys