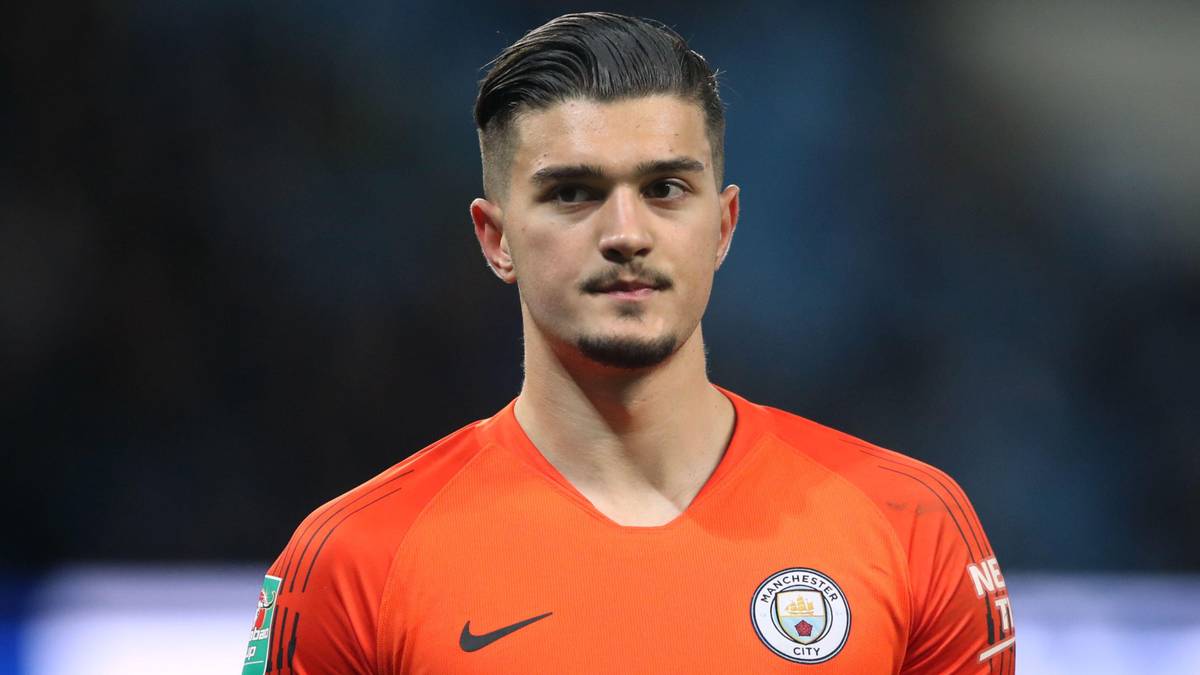 If there’s one position Manchester City certainly have no worries for in the 2022/23 season, it’s in the goalkeeping department.

For starters, Ederson has won the Golden Glove in the last two Premier League campaigns, which is a reward for his enviable consistency between the sticks.

Other than that, the Brazilian’s mix of precise distribution and proactive sweeping makes him the ideal number one in a Pep Guardiola team.

With Stefan Ortega fresh off an impressive personal campaign for Arminia Bielefeld, the Sky Blues may have secured the services of a backup shot-stopper who would start for the majority of teams in England’s top flight.

As a result, it’s reasonable to wonder where that leaves Arijanet Muric in his quest to one day become a regular first-team player at the Etihad Stadium.

Joining the club as a teenager, the Kosovar international has always been presented as Manchester City’s future first-choice goalkeeper.

Despite making five senior appearances for the Premier League champions in the League Cup, the 23-year-old has spent much of his time away from the squad on loan.

However, new details have emerged that reveal the much-loved operator may be reuniting with some familiar faces in a new adventure next season.

According a report by Athletic’s David Ornstein, Vincent Kompany’s Burnley are ‘eager’ to sign Arijanet Muric on a permanent basis.

However, it has been pointed out that as things stand, there is no agreement between the Premier League champions and the Championship side to complete the player’s move.

The Kosovo international could join the likes of former Manchester City defender CJ Egan-Riley and club loanee Taylor Harwood-Bellis at Turf Moor in the coming season, alongside the current Clarets boss.

The Mail’s Jack Gaughan also revealed that Aro Muric and Vincent Kompany are known to have been “quite close” during their timeshare in the North West.

Interestingly, it has also been suggested that apart from Burnley, other clubs have also lined up for his signature.

Ornstein had mentioned that Adana Demirspor – the club Muric played for on loan last season – were also considering a permanent deal for the FA Cup champions.

Moreover, Gaugan declared that an unnamed league team and various other teams from Turkey are interested in the goalkeeper’s services this summer.

Arijanet Muric is likely to be eyeing an exit as a thriving career in the net for Manchester City isn’t likely to be on the cards for him anytime soon.

Elsewhere, it looks like Southampton and Manchester City have now reached an agreement to sell Romeo Lavia for £10m – potentially up to £14m.