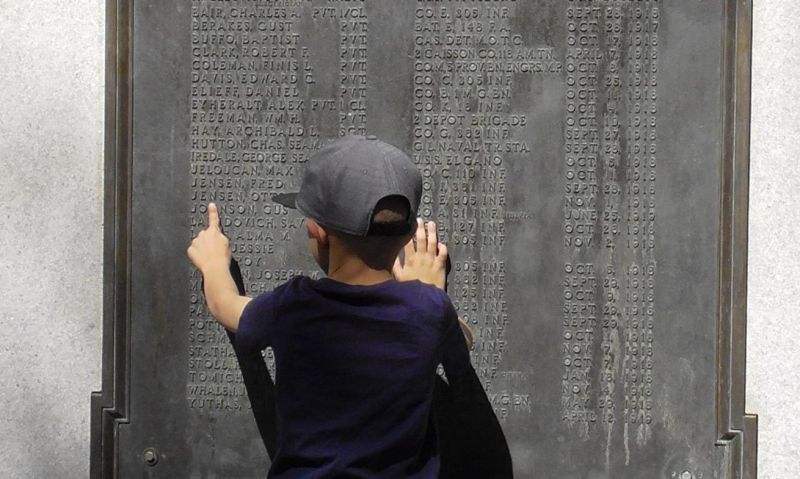 For years, Archie Hay American Legion Riders Chapter 24 in Rock Springs, Wyo., Has hosted an annual poker charity event held to help area veterans, most recently in PTSD treatment and suicide prevention efforts. But the members of Chapter 24 started to notice something about the participants in the race.

“We were talking about getting everything in place for the event (2021) and we started talking about doing something for families,” Chapter 24 director Jim Sheesley said. “You still have family members one of whom is going to the poker run and the other is home with the kids.”

Sheesley said fellow Legion rider Jim Hemphill and Sheesley’s wife Lisa first came up with the idea of ​​adding a family component to the charity run. This turned into the chapter’s Family Fun Kids Run, which took place on June 12 in conjunction with the poker run.

Sheesley said Hemphill and her fellow Legion riders Ken and Kathy Barden and Donna Williams took the idea of ​​running kids from start to reality, making a plan and collecting donations for the event. .

The children were invited to meet at Station 24 that morning and then proceed with questionnaires in hand to five different memorials located in the area. A veteran was stationed at each memorial to answer children’s questions. Stops included tours of an F-101B plane and M60 tank at the Veterans Park, as well as the Korean Vietnam Memorial and a Doughboy statue at Bunning Park.

At stops, children learned about locals who served in the military, other military stories, details about the tank and plane, and stories about the sacrifice of those who lost their lives in service. of the nation.

After the kids visited all five sites, they returned with their completed questionnaires and were treated to hot dogs, chips and drinks. The children also received stars removed from retired U.S. flags, as well as awards for their efforts.

“Walmart donated water guns, so every kid had a water gun,” Sheesley said. “We received donations of bikes and tons and tons of toys that were given to the kids. Each child left with several toys.

Almost 20 children participated in the event. “Everyone enjoyed it,” Sheesley said. “We had a good response from the community. They thought it was a great idea. One of the parents called my wife… and told me she had fun with her kids. But not only did she have fun, but she learned so much about the military that she didn’t know before. So it was great for the kids, but also for the parents who don’t know what our history is with our military.

Sheesley said he hopes the Family Fun Kids Run continues into next year and beyond. “It was a good way to present the riding group to families in a positive way, showing that we are family oriented,” he said. “The American Legion is about family, and the people who ride motorcycles, they are also about family.”